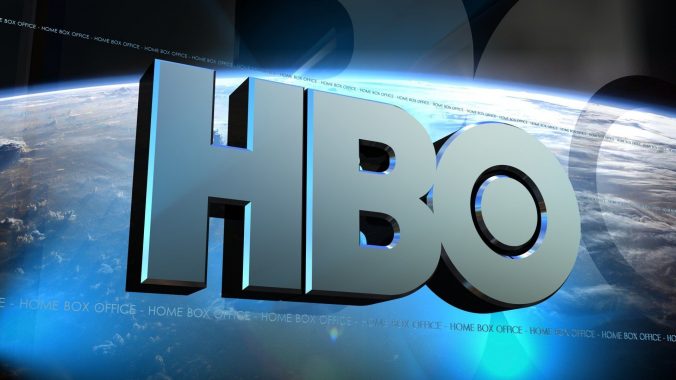 For those of you that can’t attend a live stand-up routine at the Greenwich Village Comedy Club, or visit Rodney Dangerfield’s namesake in person, sometimes a DVD or stream will have to do in a pinch. So you’re in the mood for comedy right this second? Here’s a list of 21 stand-up favorites that are sure to delight funny bones of all shapes and sizes.

Ron Funches: The Funches of Us

From the man that describes the differences between Oregon and Chicago as “subtle”, comes a comedic performance that takes him outside of his role as Shelly on NBC’s hit show “Undateable”. I recommend checking this album out on your drive home from work. It’s a great, mellow set that is perfect for relaxing and laughing after a stressful day at the office.

You know a set is going to be epic when it’s performed in your living room and your audience are your parents, and the rest of the world via the crew shooting your stand-up special. Maria Bamford definitely has the guts and comedic talent to win at playing a nearly empty room. The icicle lighting in the background provides the perfect backdrop to this grungy, yet fresh set of awesome comedy.

Robin Williams: Weapons of Self Destruction

Could any list of top stand-up performances be complete without Robin Williams? The comedy legend tragically passed away in August of 2014, but he left behind a legacy of laughs and smiles. In Weapons of Self Destruction, performed for HBO at the DAR Constitution Hall in Washington, D.C., Williams satirically looks back at the world over the past ten years. Virtually nothing is off limits in this comedic truth bomb of laughs, despair and insightful observations.

Just like Robin Williams, Steve Martin absolutely belongs on the list of amazing stand-up specials. From the silver screen to the stage, Martin is funny and charismatic. In A Wild and Crazy Guy, Steve performs one of his first network specials for NBC. He splits his time in front of the camera between a series of comedy sketches and dialogues with other guest stars. Part of what makes this performance so amazing is the fact that he really does have a way of breaking out of the stereotypical set and redefines his own moment, live on air.

Carlin had a way with words, which was part of his way with ideas. He could take you on a journey and smack you upside the head along the way. His love of satire had no bounds, and his performance for HBO leaves you begging for more. Carlin at Carnegie is funny and lighthearted, yet impactful; it’s Carlin at his best.

Galifianakis came to fame, partially because people spent so much time trying to figure out how to pronounce and spell his name, it just stuck. The more plausible explanation would be his starring role in The Hangover. In his stand-up special Live at the Purple Onion, Zach showcased his incredible talent for introspection, combined with a mix of schizophrenic plot twists and incredible command of the room.

While many contemporary fans of comedy may only know Dennis Miller for his appearances on The O’Reilly Factor, the older die hards look back fondly on Miller’s time on Saturday Night Live. Shortly after Dennis Miller became a regular on SNL he performed Black and White, a stand-up special for HBO that was even filmed in black and white.

Patrice O’Neal: Elephant in the Room

Known to some as that dude in the warehouse in NBC’s The Office, he’s remembered by many fans of comedy as a fantastic stand-up performer who pushed boundaries and enjoyed exploring areas of life that made his audience uncomfortable. In his own relaxed way, Patrice talked about anything and everything that kind of just hangs out there on the border of what’s socially acceptable and what’s totally unacceptable to talk about in public. This special becomes even more iconic considering it was filmed shortly before his untimely passing. Patrice will be missed, if only for how relatively relaxed audiences are as other comics fill the void.

Denis Leary: No Cure for Cancer

The star of too many films and TV shows to mention, Leary is often cast in Hollywood as the dude that’s about to F shit up. While not necessarily the walk up to you and knock you over the head with a shovel kind of typecast, he’s definitely mastered the art of being methodical as he broodingly undermines the other characters that share the same air with him.

In No Cure for Cancer we get to see a Denis Leary before he went to Hollywood and made it big on the big screen. A Bostonian with little patience for political correctness, Leary takes the fight to just about everything in his own bombastic style.

A few years after her career really took flight in 1992, Garofalo completed her obligatory HBO special. Come on, it’s a stepping stone in the world of 90’s comedy, and everybody with a name did it, but what makes Garofalo’s performance on HBO’s Comedy Half Hour worth mentioning? Garofalo’s performance perfectly highlighted how she had managed to make a name for herself as entertainment’s smart, sassy and sometimes intimidating powerhouse behind the mic and on the set. She blazed a path that the likes of Amy Schumer are following today.

Hart is known for making people laugh with his unique perspective on how the world looks from down there. A pint-sized tornado of energy, focus and perfectly timed comedic pauses to let punchlines standout from the pure power of his performance, Kevin Hart is certainly one of the biggest names in contemporary comedy. Let Me Explain is a fantastic “lightning in a bottle” version of Hart’s international comedy tour.

Famous for riding the late night television circuit in the 80’s with his own unique style of scoring direct hits on audiences’ funny bones, Wright is the master of intellectual comedy. His one-liners cut right through the fog of everyday life and rattle your thinking, without letting up to continue on to the next punchline.

If you haven’t seen enough of Sarah Silverman in the news recently, between her bombastic tweet about Jesus and her false claim that she was the victim of sexism during her stand-up career, you have to set aside a few minutes to check out her special Jesus is Magic. A combination of stand-up, sketch comedy and even a few music numbers, Silverman constantly shocks viewers with an off the wall style of making her edgy material continually more abrasive.

Yes, I hear you, the guy’s a sleaze ball. But he can still be funny, and this comedy special proves it. Even Ray Romano points out how the former king of comedy television has mastered the style of softly, intimately sharing a story as if it’s the first time he’s told anyone about it. Wait, that might be how things got off the rails…

At this point, Dave Chappelle is a household name, even outside the world of comedy. Chappelle reached critical acclaim by discussing his perspective on race and the struggles of pulling yourself up by your own bootstraps in the United States. In Killing Them Softly, Dave kills his HBO special and puts the world on notice by simply telling it like it is without the yelling or a bombastic stage presence.

The 90’s are probably some of the least memorable years in recent memory. It’s almost a decade that served as a buffer between the drug-fueled 70’s and 80’s, and the terrorist attacks / financial crisis that rocked the beginning of the 21st century. Something worth going back and watching from the lost decade, besides the fall of the Soviet Union’s Berlin Wall, is this comedy special from Eddie Izzard. Yeah, it’s that culturally impactful and worthy of being mentioned in the same sentence as the fall of the “evil empire”, okay? Okay, maybe not, but still it’s pretty amazing. A trippy intro that completely satires the images on camera and a performance that is sure to stick in your conscious, thanks to the direction of Robin Williams. Check it out!

Random screaming, check. Pushing the boundaries, check. Making audiences reel with disgust and then laugh their guts out? Double check. Sam Kinison was an icon of comedy in the 80’s and early 90’s, before his abrupt departure from this planet after a drunk driver wiped out his car in California. If you love dark humor and belligerent delivery, you have to stream Breaking the Rules!

The king of modern comedy, Louis C.K. broke out in 2007 with his comedy special, Shameless. From the man who confessed his daughter was an asshole, this comedy special gives viewers even more insights into Louis’ personal life and how he spends his days; in between projects, enjoying his lack of a mental filter.

Wanda Sykes: I’m a Be Me

Wanda Sykes is one of comedy’s legends. She’s performed for the President at The White House Correspondents Dinner, taken up the mantle of gay rights by poking fun at those opposed to gay marriage and managed to have a successful acting career, without losing site of her time behind a mic performing stand-up. Her HBO special, I’m a Be Me is nothing short of brilliant. Sharing incredible life stories and surgically finding the audience’s funny bone, she unloads a smart bomb of comedy that’s the perfect balance of social commentary and self-deprecating humor.

For those that have forgotten, Whoopi was hilarious before her time on The View slowly sucked the lighthearted soul out of everyone’s favorite comic. In her 1985 comedy special for HBO, Direct from Broadway, Goldberg opens her act with some acapella singing, followed by a walk out into the audience where she points out that she’s glad nobody is clutching their handbags as she approaches.

Before Roseanne was the star of the sit-com that carried her name, the network did a combination concept test and stand-up special with Roseanne that they called The Roseanne Barr Show. Featuring Roseanne Barr at her best, she shines a massive spotlight on the issues facing housewives in the suburbs in a way that was extremely edgy for its time. Enjoy a laugh during that transports you back to the era where Roseanne was to become the first major comedy series featuring a middle-class family instead of the rich and famous.

The origin for the catchphrase “can’t get no respect!”, Rodney had an incredible impact on the world of comedy and Hollywood. Appearing in countless films, always lighting up the scenes he acted, and then hitting the late night television circuit, Rodney Dangerfield became a household name in the late 60’s and early 70’s. He eventually opened his own comedy club in New York City, Dangerfield’s, which hosts a variety of comedy specials for HBO and continues to be a magnet to the best comedy in the city. Give his comedy CD, No Respect, a listen anytime and you’ll be instantly put in a better mood!