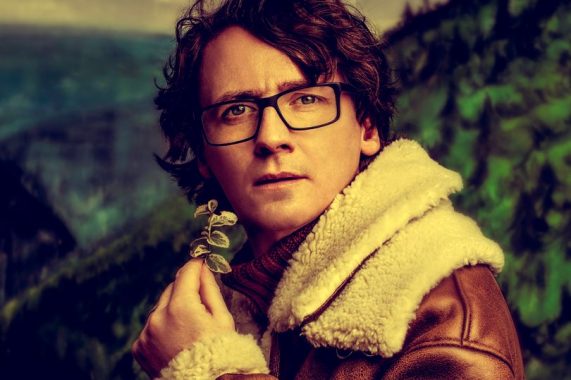 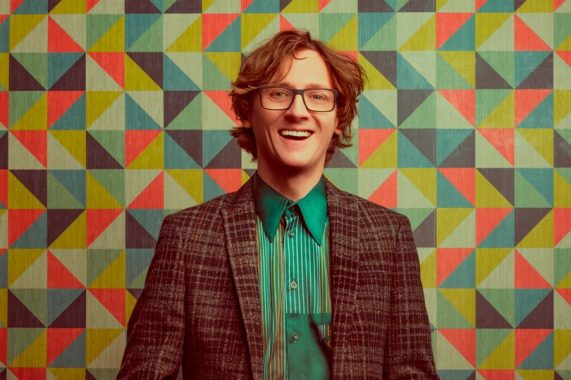 Leicester Comedy Festival is a 19-day celebration of merriment and hearty fun that began last night with a variety of shows across the city.

One of the nights highlights was an award-winning Comedian Ed Byrne showing to the audience in De Montfort Hall why he is one of the nation’s outstanding stand-up talents.
Ed Byrne was super excited to be in the city, moving onto the stage in his usual cheerful manner.

He began by asking the audience where they will like to be on a Wednesday night in Leicester? “Somewhere else” he quipped, “judging by the two unoccupied seats on the front row”. He continued by saying that he’s too big for Curve, he can’t quite fill De Montfort.

Ed Byrne took shots at himself during the show’s “If I’m Honest,” and wondered if he has any good qualities that could be passed to his two boys, Cosmo, age nine and Magnus age seven.

He acknowledges that so far he’s come up very short and doesn’t wish his kids inherit his physical stature. But one thing he’d like to pass on to his kids is his story-telling skill and his sense of humor, which he thinks his boys already appear to have.

He added that his kids think up stories that end like “then he died and went to heaven, and God punched him.” This is amazing!

Ed also shared the skills he is happy to have learned as a 47-year-old man. Some of them are the ability to tell the signs of cramp, stopping it from occurring and mastery of fast-forwarding through adverts at high speed and pressing play just at the point the program starts again.

He admitted again that he is not a great specimen, but he makes the effort to go running. “However, working out at the gym isn’t really for me,” he adds. He continues by saying, “building muscles in your 40s is like hanging pictures in a burning house, just enjoy the warmth.”
Ed Byrne loves the idea of seeing the world through kids’ eyes and sharing their excitement in things. We hear how he hates the parenting sayings on greetings cards and Facebook posts (which his wife always shoves in his face).

Ed’s hatred of password and security questions leads well into his son’s fascination with being spies and creating passwords. In fact, he says finding a password is so annoying, he uses swear words. He jokes about his passwords sounding like they have been written by a “navvy who just stepped on Lego with his bare feet.”
He talks about why he turned down the chance to appear on Strictly Come Dancing – just another thing he can’t abide.

He says people talk about his middle-class life, his elderly parents, and angry people on the internet.
He also talks about his intrusive thoughts, which began as a nine-year-old altar boy, imagining rugby-tackling the priest, which is something that still plagues him even when he’s on stage today. What he’d do if invited to The One Show is not even something to think about.
He believes in all honesty that the show is hilariously entertaining, and has plenty of good-natured banter with the audience.

Ed says he spends the hour and a half-laughing with tears rolling down his cheeks and reckons that it is a well-spent Wednesday evening.