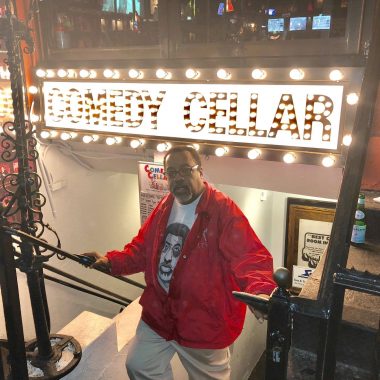 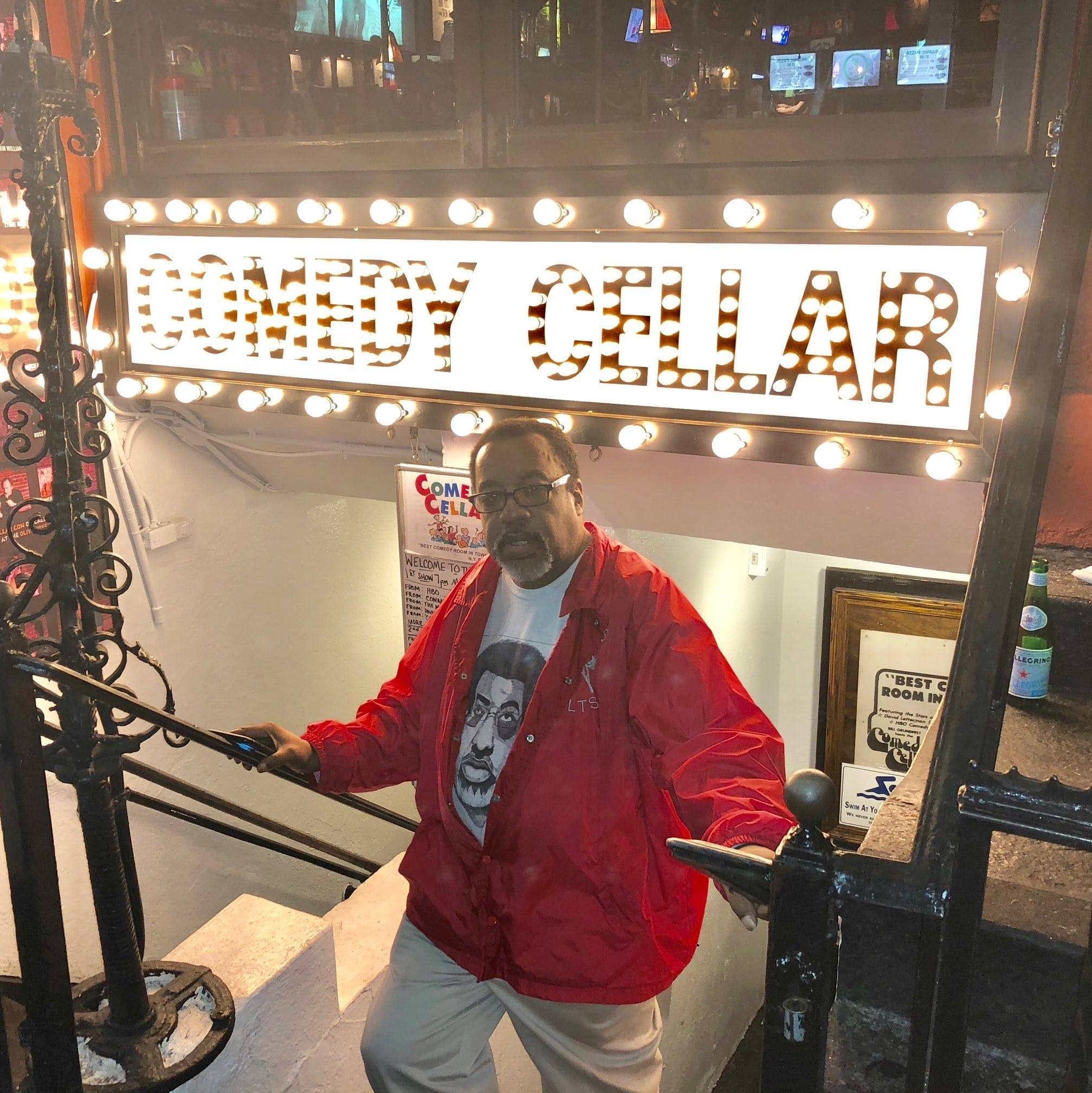 Stand UP Comedian William Stephenson he has passed away.

With sadness in our hearts, and shocking news is true: I was hanging out with him last month at the Comedy Cellar. He always had a big smile and always greeted me with warmness.

I  found out the details of his death from one of our former writers Bryan Murray on his Facebook profile. He wrote this.

“Just over three years ago I wrote a hand full of articles for Joseph Santiago. I was given the opportunity to interview comedians as a comedy fan. Will was there for the first time Jessica and I ever saw the live comedy in New York at the Comedy Cellar.

That experience, as well as his performance, is still such a memorable moment. So, when asked to write for the blog around a year later, of course, it was such an honor to have Will be the first comedian I spoke with. So funny and inviting even while busting chops. He is already missed. Rest well William Stephenson.”

His comedian peers also knew him as a really lovable guy and funny comedian. Several posted their immediate reactions on their social media channels.

Sarah Kate Silverman: So our friend, William Stephenson died today. He was [email protected] for 28 years. Poker at Eddie’s on Monday’s and the Cellar the rest. He was a classic curmudgeon and making him laugh was the greatest feeling in zee whole world. and I keep not dealing because I’m so sick of comics dying and it never seems real and I keep remembering and going to call him and then realizing you can’t do that when someone is no longer here. (Though sometimes I still do) I love you, William, you funkadelic Detroiter. 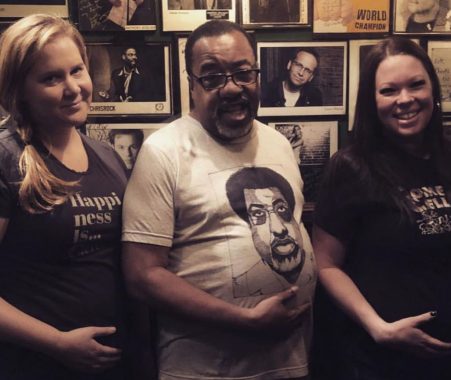 Sherrod Small: Damn…..this one hurts. I loved that grumpy bastard❤?? You will be missed!! #williamstevenson RIP He’s been a part of my life since the 90s…. #comedyfam #wereallwegot

Mike Vecchione:‪Rest In Peace William Stephenson. We love you and we will miss you. NYC comedy will never be the same.

Dave Attell: NYC comedy won’t be the same with the passing of the late great William Stephenson. Rest In Peace

John Mulaney: William Stephenson died. He was a wonderful comic. He was funny & grouchy & kind & weird & great. William, thank you for being nice to me at the Cellar from the first night I met you til the last time I saw you. We weren’t close but I never once thought about you without smiling.

Julie Seabaugh ‏ @julieseabaugh “Just do what you do in the time they give you.” William Stephenson moved from DC to NYC only 2 years after his 1st open mic. He went from homeless/performing in the street to Letterman warm-up, The Chris Rock Show, The Daily Show…all without a manager. 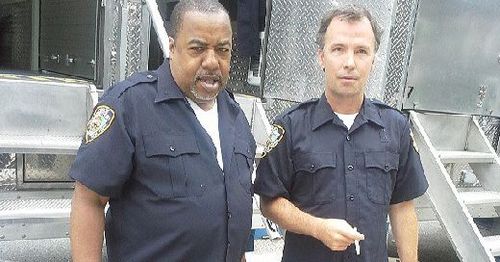 Sam Morril ‏@sammorril: Since I started doing comedy, William Stephenson was always around. He was a sought after emcee, a true NY curmudgeon and Cellar staple. Making him laugh felt extra special bc you knew he wasn’t faking it. I’ll miss him mocking me for always believing in the Knicks. RIP William.

Liz Miele @lizmiele I was 17. I feel like he hosted every show since I started. Unapologetically himself and always so fun to joke with. He is already deeply missed. RIP buddy.

Sean Donnelly ‏ @seanytime Rest In Peace William Stephenson Stand Up Comedian. Thank you for always being nice to me.

Chris Distefano ‏@chrisdcomedy William Stephenson was a great comic and a man I considered a friend. He once told me I was the only white guy who was allowed to say “what up pimp juice”. I’ll miss you, my friend. You were always cool.

Ted Alexandro ‏ @tedalexandro The NY comedy scene lost a true legend today. William Stephenson was like the bedrock of NY comedy. I often referred to him as “the lovably irascible William Stephenson.” He’d bellow his deep laugh and reply “I’m rascible!” RIP my friend.

Greg Stone: We lost a staple in the comedy community today. I’m not great at these things but Williams was really nice to me when I didn’t feel comfortable and I will always appreciate that. Thanks for the laughs

Yamaneika: We lost a great man in comedy. Quick-witted, down to earth, genuine and kind!

Here is a link to that article we did with him three years ago.