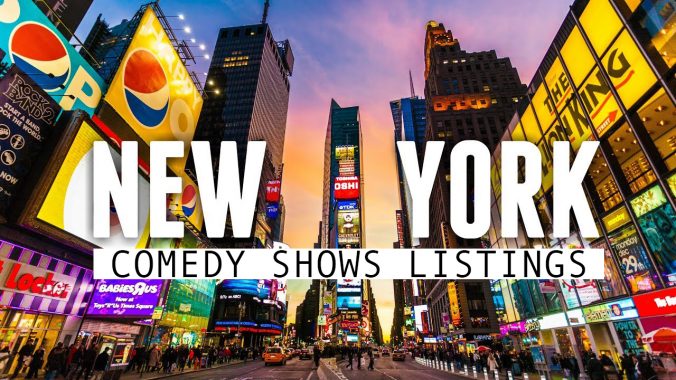 New York City is the world’s best comedy city and it hosts many comedy clubs offering improv, comedy shows, stand-up, and everything in-between.

In these clubs, you’ll find comedy veterans as well as up-and-comers alike, and 2020 brings a slew of great shows headlined by these acts for your pleasure. Here are some of our best picks for this week: 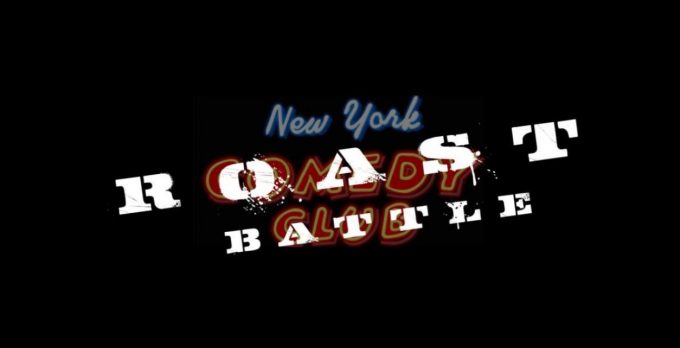 If you like Comedy Central Roasts, you’ll definitely like this Roast Battle. What is the Roast Battle Show? Two comedians go head to head with insult jokes — just like a rap battle, but with comedy that leaves one hilariously humiliated.

The Roast battle will be between Paul Hooper Vs Gianmarco Soresi.

If there’s one comedian who can hit the stage and send people reeling with laughter, then it is Paul Hooper.

He is loved by crowds and fellow comics nationwide. He steamrolls his audience non-stop on his shows leaving them gasping for air.

A native of Charlotte, North Carolina, now residing in New York City, Paul Hooper has been featured at the HBO Comedy Festival in Vegas, the Boston Comedy Festival, and more.

Gianmarco Soresi has an undeniable likability. He is a seasoned headliner, a stand-up comedian, actor, and writer.

He recently headlined Caroline’s on Broadway as part of their Breakout Artist Comedy Series and was featured on SeeSo’s New York’s Funniest. Soresi has been on Tracy Morgan’s new TBS show, The Last O.G., ABC’s Deception, Comedy Central, TruTV’s Hack My Life, and more.

Hosted by Neko White with Hannah Berner, Mike Feeney, Matthew Broussard, Matt Richards as the judges, Roast battle is a show you won’t want to miss

Pop a Xanax and come out for a great night of laughter. Catch Justin Silver host some of New York’s finest, most mind-bending comedians such as Joe Derosa, Krystyna Hutchinson, Shane Gillis, and Sarah Hartshorne. Free P.T.S.D. counseling after the show.

Justin is renowned for his kind of comedy, which is a retrospective, open-book style that he served on stage around the city. You can see him at New York’s favorite Best NYC Comedy Shows clubs and around the country when he is on tour. 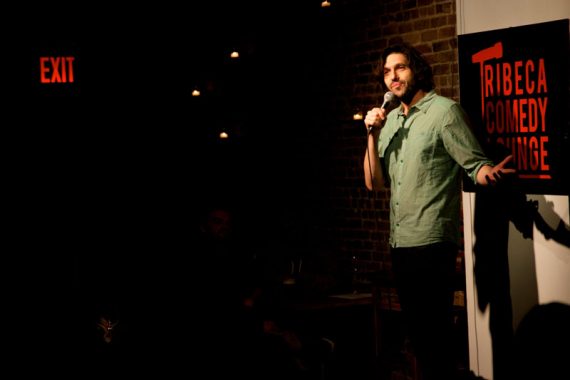 Not only will you catch these three comics, but there will also be three to four more comedians taking the stage too. Some of them you haven’t seen before, and others, you have probably seen on TV or on Netflix specials, but all are guaranteed to thrill you with the best jokes.

Kate Willet has regularly toured the country and Canada and has been described as a comedian everyone should know about. She has regularly opened for Margaret Cho when on tours, but back home in San Francisco, she’s one of the town’s best to ever do it. She has opened for great acts like Anthony Jeselnik and Jackie Kashian. She is also a producer of four of the city’s best shows.

Kate’s exceptional comedy style has seen her earn regular status at virtually every comedy club in the Bay Area and a spot in San Francisco’s Sketchfest for three years in a row. Kate is a master crowd-pleaser, and all of her twenty-three roommates in one.

Harrison Greenbaum is described by TimeOut NY and the New York  Daily News as “the hardest-working man in comedy.” Harrison is one of the country’s most in-demand comedians, and why not?

He has been described by the New York Times as a favorite young star in the comedy scene and by AM New York as a stand-up rising star. Harrison has featured on NBC’s Last Comic Standing, National Geographic Channel’s Brain Games, AXS TV’s Gotham Comedy Live and is one of Comedy Central’s “Comics to Watch”.

He headlines best NYC comedy shows around the country showcasing his special comedy style that has captivated the nation for years. 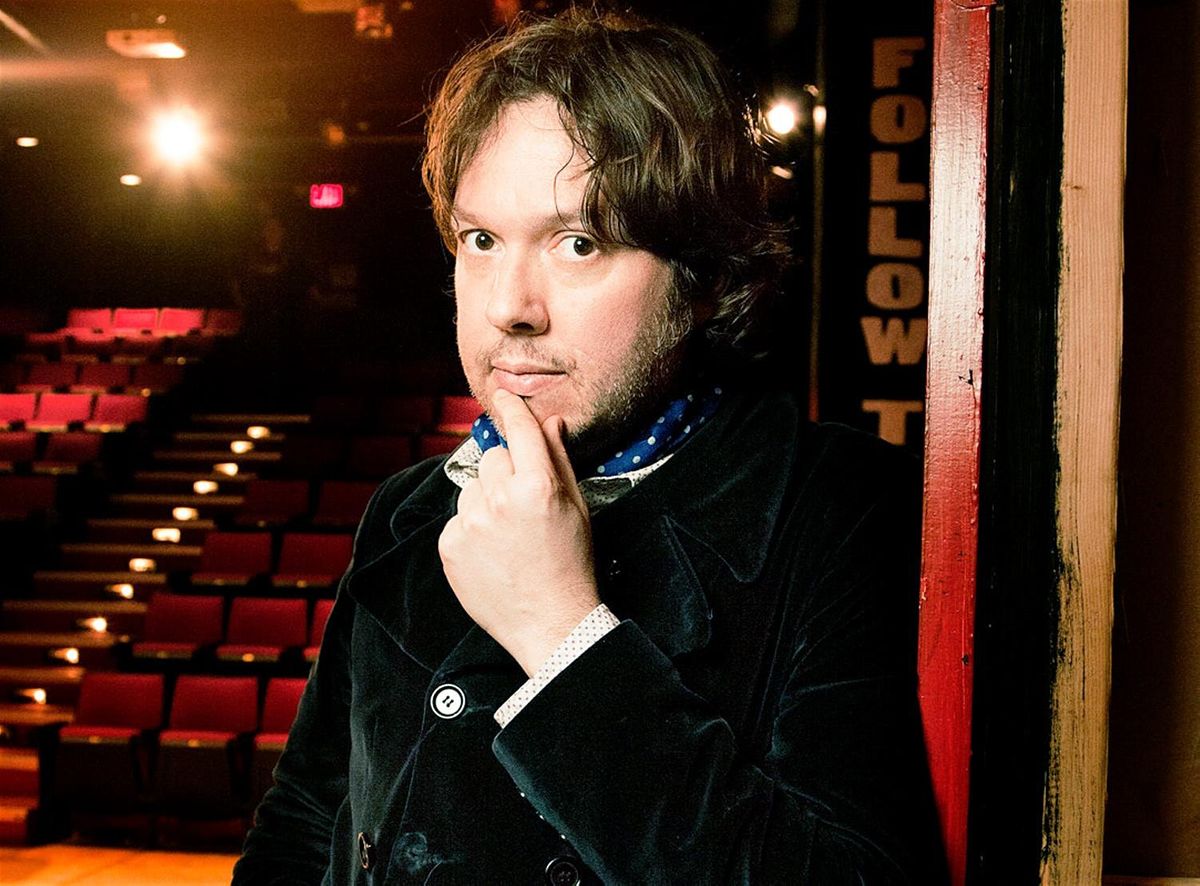 Brooklyn is home to some of America’s best comedians. So why not Brooklyn? Brooklyn’s history is deep-rooted in comedy and culture and has become the hot spot for entertainment in New York City.

Dave Hill is a hugely talented and funny comedian who has appeared on TV shows like Comedy Central’s @midnight and Inside Amy Schumer programs, TBS’ Full Frontal with Samantha Bee, and TruTV’s Comedy Knockout others.

He is a frequent on-air host for HBO and Cinemax and has been on channels like MTV, VH1, BBC-America, and the Sundance Channel a whole bunch too. 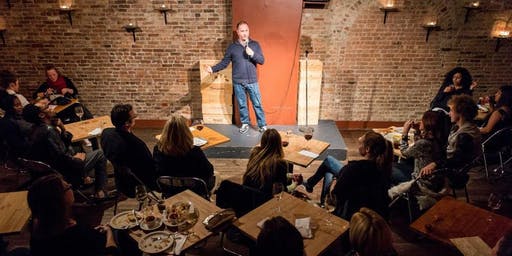 Catch comedy from the top comedians from NYC’s underground circuit and names you must have heard of before, which include Anthony Devito, Adam Strauss, Sheba Mason, Vincent James, Zach McGovern at Dark Horse Comedy Club.

Anthony DeVito has appeared on CBS’ The Late Show with Stephen Colbert, Comedy Central’s Adam Devine’s House Party, Comedy Central Stand Up Presents: Anthony DeVito. He made an appearance at the 2012 Montreal Just for Laughs Festival as one of the “new faces”, and was the 2015 winner of Caroline’s March Madness. He has also been on “This American Life,” and AXS TV’s Gotham Comedy Live. Not only is he a comedian, but he is also a writer on Netflix’s The Break with Michelle Wolf.

Adam Strauss, according to the New York Times “mines laughter from pain.” Adam is a master of the craft and was the winner of the New York Fringe Festival’s Overall Excellence Award, the Leffe Beer Craft Your Character storytelling competition, and the Eddy Award for the best solo show in San Francisco.

Also performing will be one of the country’s most in-demand comedian Vincent James. He has emceed many events some of which were graced by luminaries like Magic Johnson and John Legend.

Sheba Mason will also be showing the stuff she is made off on the night. Sheba is the daughter of comedy legend Jackie Mason. Sheba appears regularly on the Artie Lange Show as well as the Wendy Williams Show and is a favorite at comedy clubs around the country.

How about an authentic, fun stand-up comedy experience at New York Comedy Club? This is a nightly showcase of some of New York city’s finest comic acts, which include hot up-and-comers who will thrill you as well as hotshot celebrity drop-ins, touring comics and more surprises.