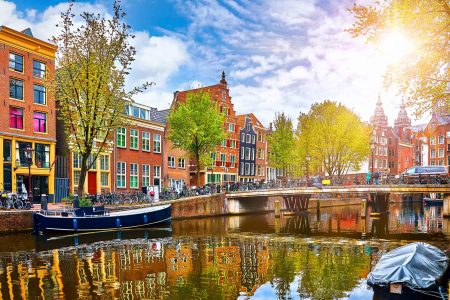 Amsterdam is known worldwide for its “Walletjes” and its “weed”. But did you know that the city also has a beautiful and thriving Amsterdam Comedy Clubs scene? It is very easy to have a nice evening of comedy in one of the many beautiful comedy clubs and bars this city boasts.

When we take a look at the comedy clubs in Amsterdam, we can see that two big clubs and bars stand out from the scene: Amsterdam Comedy Café and Chicago Boom. 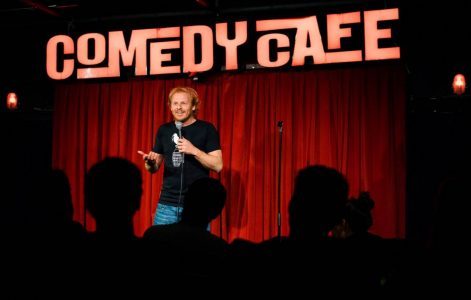 Amsterdam Comedy Café is a trendy comedy club at the Ijdok, not far from Central Station. Amsterdam Comedy Café books both national and international comedic talents. Besides, they also give new and up-and-coming comedians the opportunity to give the best of themselves during open mic evenings.

Ardal O’Hanlon, Stephen K. Amos, Gina Yashere, Phill Jupitus, Al Pitcher and Tom Rhodes have made this Amsterdam comedy club laugh in the past. These shows were a massive success.

Even on evenings and days that nothing is planned, it is nice to spend some time at the Amsterdam Comedy Café. You can drink some of the best beers in the world or enjoy a tasty and fresh homemade meal. 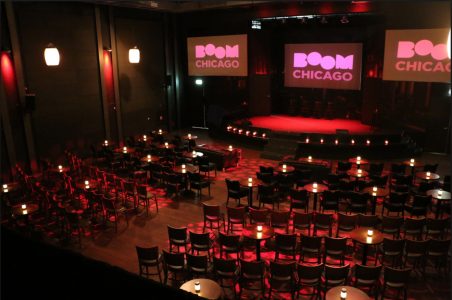 Boom Chicago is a household name within the Amsterdam comedy world. For more than twenty-five years, Boom Chicago has been home to English – and especially American, comedy shows and performances.

At a short walk from the Anne Frank house and in the middle of the Jordaan, you can enjoy a great evening of English-language comedy.

Besides stand-up comedy Boom Chicago also offers improvisation comedy and cabaret. In other words, there is always something to do at Boom Chicago on the Rozengracht.

In addition, to the booking and programming of excellent comedy and improvisation, Boom Chicago also offers fun workshops and coaching sessions.

Boom Chicago is also known from TV. Millions of people enjoy their shows on Comedy Central TV and YouTube and some performances even went viral! A lot of well-known comedians got a little boost at Boom Chicago before they started their career. For example, Seth Meyers, Jordan Peele, Ike Barinholtz, Jason Sudeikis and Colton Dunn performed at Chicago Boom.