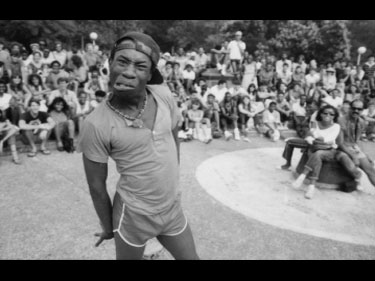 Like many comedians who make their name performing the comedy circuits in New York City, Charlie was born and grew up far away from the big apple’s skyline. He traced his humble roots to a small West Virginia town, called Bluefield. With a population of just 10,000 people, Bluefield could only serve as a starting point for this future legend of both comedy and the silver screen.

Growing up in Bluefield with his family was one of the toughest upbringings imaginable. His mother, an alcoholic, and his father, a mentally ill man, had difficulty providing for young Charlie Barnett. Charlie shared the troubled childhood and family life of many comedy’s greats. Many first-rate comedians, when talking about what makes them great, cite struggles growing up.

For Charlie, the struggles growing up included time spent in a reform school where he was incessantly bullied. He was quoted as citing his strong comedic muscle as being the result of learning to deliver punchlines to bullies as he dodged punches. He found comedy defused hatred, anger and violent situations.

While there’s absolutely no doubt that Charlie Barnett was one of the hardest workings and focused comedians in comedy, his start on the comedy circuit was a complete accident. According to a 1983 article in People Magazine, Charlie attended an audition to support a friend in his pursuits as a folk singer. At the last moment, his friend decided to introduce Charlie as the main act and passed the mic into Charlie’s trembling hands.

According to Charlie, he absolutely killed the impromptu set and immediately connected with the audience on a new level. This, for him, was the watershed moment in his comedic life where he knew what he was meant to do with the rest of his life.

For many fans of New York City comedy, one of the best places to experience comedy’s roots in the outdoor auditorium in Washington Square Park in the Greenwich Village section in NYC. Performers of all styles and backgrounds come out in all types of weather to gain attention and notoriety. The beauty of this environment is for struggling artists, there are no producers or promoters to appease. It’s a raw comedy, in the moment, and with the people who happen to show up.

Charlie excelled at this. He was known around Washington Square Park as the comedian that could fill the outdoor auditorium. But it was more than just performing and connecting rawly with his audience. It was about giving back to the other comedians and performers that shared the space.

The true beauty in Charlie’s humble, yet loud approach to comedy was the skills that allowed him to give back to others. While Charlie was never an A-list celebrity, he did gain some notoriety during his all-too-short 41 years on this planet. But even in the beginning, when things were small and just starting to grow, he created a real band of brothers that lifted each other up while wowing audiences in the many outdoor performing spaces in New York City.

One member of this group included a firebreather named Charlie Fera. He performed alongside Charlie Barnett as a firebreather and considers Mr. Barnett to have been one of his greatest friends and supporters during his time spent on the mean streets of the big apple.

Now working as a paparazzi, Mr. Fera caught world-famous comedian Dave Chappelle as he left the airport after a long flight. As you’ll see in the included video below, Mr. Fera just makes a simple mention of his time working with Charlie Barnett. Chapelle’s face immediately lights up as they begin to discuss Barnett’s short time on this earth, and the impact he had on comedians who came into contact with him.

While performing on the streets of NYC, Charlie Barnett decided to take on the notoriously difficult casting process at Saturday Night Live. After his first interview, the SNL producers were leaning towards hiring Barnett. Unfortunately, Charlie felt that his inability to read well would be too embarrassing to put on display during the second round of auditions. Even though he was placed on the short-list of comics called back for another audition, he didn’t show up; choosing instead to hide from the teleprompters.

The spot that was initially saved for Barnett was instead awarded to Eddie Murphy. Barnett once told reporters that while he was still struggling to make it, he couldn’t watch SNL without feeling resentment towards Eddie Murphy for taking his spot.

Jumping onto the Silver Screen

However, Charlie eventually broke out from street performing and even made it onto the silver screen. Looking back, Charlie said he no longer felt animosity towards SNL or Eddie Murphy. Instead, he enjoyed SNL whenever he could catch it.

Jumping onto the silver screen in films like D.C. Cab, a 1983 comedy, Charlie was cast by the film’s producer after he observed Barnett performing from atop a trashcan in the street. Charlie’s insistence on putting himself out there and overcoming his fears/self-doubts truly began to pay off in the ’80s.

Struggles with Drugs and HIV

Unfortunately, it became clear that Charlie filled in the holes in his soul left by doubt and fear on the street with sometimes debilitating heroin addiction. This began a sad, star-dimming slide in the late 1980s, eventually culminating in his contraction of HIV from a used needle. He passed away from complications associated with HIV on March 16, 1996.

Receive a 25% discount on all NYC Comedy Club Show tickets