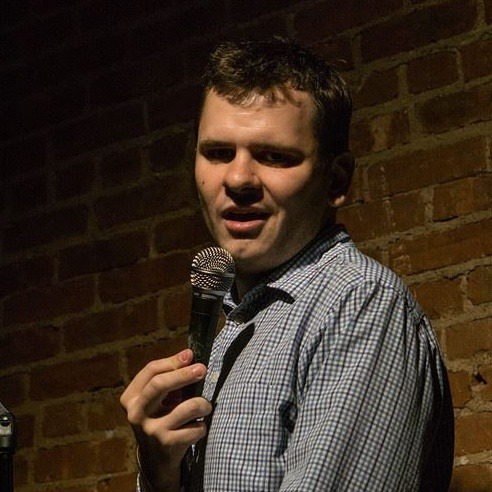 Daniel Raderstrong began his comedy career at the prestigious Comedy Club on State in Madison, WI before making the move to the prestigious New York City a year later. There he can be seen performing every night at clubs like The Stand NYC, The Standing Room, and both New York and Greenwich Village Comedy Club, as well as Comic Strip Live. He also recently got a car so he has been taking his act on the road to colleges and clubs throughout the Northeast. If you really want to make his day, you can come to see Nothing Important, one of the fastest growing alternative comedy shows in the city! It’s every third Friday at One and One on 1st and 1st in the Lower East Side. The most recent headliners for the show have been Comedy Central’s Nick Vatterott, and Conan’s Alignon Mitra.

When not performing, Daniel has had humor pieces published on several websites, and one time he was in an episode of Kitchen Impossible. Look out for his upcoming youtube sketch comedy channel TheConeyIslandDominators.

Daniel would love to meet you one day.