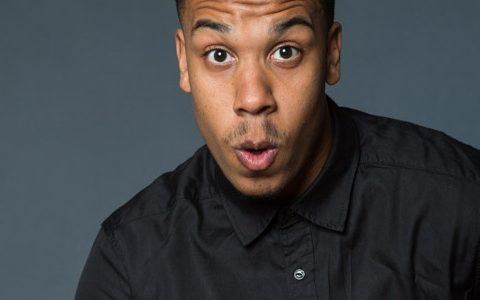 Rob Haze is a comedian from Atlanta, Georgia. He can be seen on the Tonight Show Starring Jimmy Fallon. He was on the latest season of Adam Devine’s House Party on Comedy Central and the new Viceland show Flophouse. Rob is co-host of the Kanye West Podcast The Book of Ye. Rob was a New Face in the 2015 Just For Laughs Comedy Festival. He was in the 9th season of Last Comic Standing. Rob is the 2015 winner of the Laughing Skull Comedy Festival. He has made appearances on HLN News Now and can be heard as a personality on the Ryan Cameron morning show. Rob was named by Creative Loafing one of the 25 people to watch in 2015. In 2012 Rob was a finalist in NBC Stand Up for Diversity and was a part of there 2013 college tour. Starting making funny poems at college poetry nights, Rob started performing stand up while studying Political Science in college. Rob shares his gift of comedy at clubs, colleges, and corporations all over the country. Rob prides himself on bringing people together rather than tearing them apart.