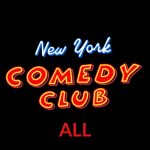 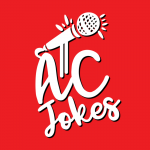 If you want to see a comedy show in NYC, Best Comedy Tickets is here to make sure your evening in New York City is full of laughter and happy memories to last a lifetime. Television's best comedians, as well as diamonds in the rough, perform every night to perfect their act before heading out on tour. Best Comedy Tickets makes it easy to find your favorite comedians and purchase tickets all on one site dedicated to comedy.

There are big names from the comedy world as well as the up and coming comedians who you will find making a name for themselves within a few years.

Booking comedy tickets is the best way to enjoy a fun night out. You'll find stand-up tickets or improv comedy for NYC comedy clubs. These clubs have improved lines of sight and a relaxed atmosphere. So, forget your troubles, sit back, relax and enjoy the show!Stick around after the show and rehash your favorite jokes, nurse your drink, or mingle with the comedians and performers.

Find comedy tickets for clubs that serve snacks or a full menu and forget finding a meal before the show. Between headliners like Wyatt Cenac, Ted Alexandro, and Nikki Glaser atmosphere, you will want to arrive early to any of these NYC clubs.Pick whether you want to visit a club with extraordinary low prices and get the best deal possible or select by headliner. Search upcoming events for comedy shows in NYC and you will be on your way to leaving your stressful day behind!