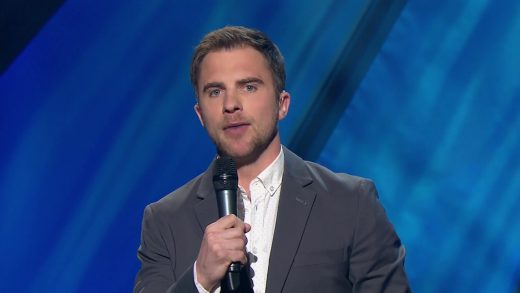 D.J. Demers is a Canadian comedian who is famous for his television appearance in season 11 of America’s Got Talent and Conan’s talk show late at night. Demers is from Kitchener, Ontario. He was diagnosed with hearing loss during childhood.

Demers began his comedy career in his second year at university, performing for the first time at the comedy club Yuk Yuks. He won the 2013 Comedy Brawl in Toronto and 2014 Just for Laughs Homegrown Comics Competition and was honored in 2015 with the Canadian Comedy Award for Best Breakthrough Artist.

He appeared on America’s Got Talent in 2016, advancing to the Judge Cuts round but not making it to the live shows. In 2017 he appeared on Conan and undertook a comedy tour of university and college campuses across the United States sponsored by hearing aid manufacturer Phonak. He has also appeared on episodes of the CBC Radio comedy series The Debaters.

He received a Juno Award nomination for Comedy Album of the Year at the Juno Awards of 2018, for his comedy album [Indistinct Chatter].