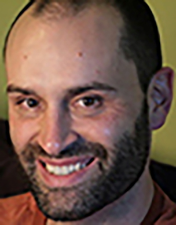 – There’s a 2 drink minimum per person.
– Line-up subject to change -> This means comics sometimes cancel last minute. So if you’re coming to see a specific performer; please note they might not be in the lineup, and if so, we’re not responsible. This doesn’t usually occur, but it may happen.
– Arrive 30 mins before showtime as seating is on a first-come basis. Those arriving late are not guaranteed seats; as we begin seating standby customers. If reservations are missed; tickets may be used another time without penalty.
– Tickets are non-refundable.
– All ages welcome. Shows may contain adult content but there are no age restrictions.

EastVille Comedy Club is located in Manhattan’s East Village and is one  of  New  York City’s preeminent entertainment locations. Many celebrity  comedians such as  Louis C.K., Damon Wayans, Amy Schumer, Jim Gaffigan,  Sarah Silverman, Aziz  Ansari, Ben Bailey and others have performed  here. EastVille features many  comedians that have been on some of the most  noteworthy comedy  shows including: Late Night with Conan O’Brian, Late    Show with David Letterman,  HBO, The Cosby Show, The Tonight Show Starring Jimmy Fallon, Chappelle’s Show and Comedy Central. FX Networks filmed several scenes of “Louie”, with famous comedian Louis C.K. here in 2010.

EastVille has enough space to seat 150 people and all ages are welcome. There is a full bar, snack menu and several restaurants are located next to the club. Upon arrival to the EastVille Comedy Club you will see five stairs that descend and lead you into the club. Once you enter the club you will see many chairs, a stage and possibly a water bottle atop the comedian’s seat. The comic will appear from behind the curtain and the show will begin! EastVille features some of the best performers and local talent in comedy. The backdrop of the stage is a comical and intentional tile wall, meant to signify uniqueness and the spirit of going against the grain which so many comedians possess. The EastVille Comedy Club has a large selection of drinks to choose from. Whether you want a delicious martini or a refreshing Coke, EastVille has it on the menu! Celebrity comedian, Janeane Garofalo regularly performs her stand-up routine at EastVille. Garofalo has appeared in over 50 movies and has had over twenty years to perfect her stand-up comedy routine. The EastVille Comedy Club hosts an open microphone event every night at 6:00 pm where brave souls can test their mettle! Special events are a common sight at the EastVille Comedy Club. Prom shows, New Year’s Eve events, birthday parties, comedy classes, fundraisers and bachelor & bachelorette parties happen very frequently here.

EastVille has a first-come, first-served policy so be sure to purchase your tickets beforehand!