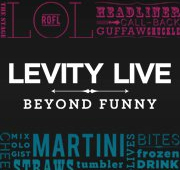 With roots in Syracuse, Jessimae Peluso sought comedic pastures first in Boston where she performed improv with “The Tribe,” laying the sod for what would become a burgeoning spontaneous brand of original comedy. Since then, Jessimae has leapt onto the small screen as a cast member for MTV’s “Girl Code” & “Failosophy”, with appearances on TBS’ “Deal With It”, NBC’s “Last Call With Carson Daly Spotlight”, Comedy Central’s “@Midnight”, E!’s “Chelsea Lately”, Fox’s “Worlds Funniest Fails”, AXS’s “Gotham Live”, “The Tyra Banks Show”, Tru TV’s “All Worked Up” and an international Nintendo ad campaign. She can also be seen every Thursday on her YouTube channel co-hosting “THOT 2 HOT.” She was featured in the New York Comedy Festival, Boston Comedy Festival, North Carolina Comedy & Arts Festival and Women in Comedy Festival. She has contributed to Cosmopolitan Magazine, Self Magazine, GQ.Com, Playboy.com, MadeMen.com, and has been featured in the Huffington Post as one of the funniest comics to follow on twitter.