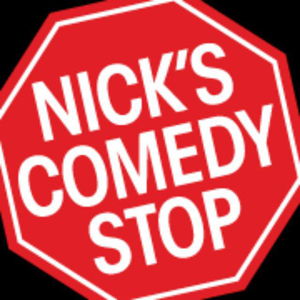 Mike Whitman: Mike Whitman whose innovative material and style made him the hit and semi-finalist of the 2008 Boston Comedy Festival has led him to become Boston’s Best New Comedian. He is becoming one of the country’s most versatile and entertaining comics working today. Mike has performed at colleges and top venues around the Nation. Come see why people are talking about Boston’s Hot New Comic of 2008!!!

For over 33 years Nick’s Comedy Stop has been bringing you the best local and national headliners! As of July 1st, 2013 Nick’s is under new management and ownership. Our goal is the same… to provide our guests with an unforgettable night of laughter and entertainment! You will no doubt notice changes as we continue to create an even better experience for you. From our box office and ticketing system to the consistent quality of our shows, we will always ensure you’ll leave wanting to come back for more!

Some quick information about our shows and the club:

All shows are 18+. ID is required at the door.
Most showtimes are 8pm unless otherwise noted. Doors open 1 hour prior.
Parking is available on the street or at the 200 Stuart Street Garage.
No outside food or drinks are allowed.
There is no drink minimum.
There is a full bar, however food is not available. A discount is available at Abbey Lane around the corner from our location.

Also performing will be Carolyn Plummer and more TBA. Lamont Price: Lamont Price is a hilarious oxymoron. His comedy is edgy and laidback, off the beaten path and anchored in social consciousness. He doesn’t care in that cool sort of way, and he doesn’t hold back. His commanding stage presence electrifies the crowd. Price’s love for comedy started nearly a decade ago with a stand-up comedy course, and has become an obsession with winning over a room. He’s shared the stage with comedy powerhouses Dane Cook(Opened for him during his platinum selling “Retaliation” recording, Pablo Francisco, Patrice O’Neal, Tommy Davidson and John Witherspoon, Bill Burr, Rich Vos, Donnell “Ashy Larry” Rawlings to name a few. He’s gotten ink The Boston Globe, The Boston Herald, The Dig, Performer Magazine etc. A regular at the Wilbur Theater, Nick’s Comedy Stop and Comedy Studio and Comix at Foxwoods, and on campus at many colleges, Price’s star is rising…and heading west. In New York, he’s performed at Stand-Up New York, Gotham Comedy Club(Where he won the New York Underground Comedy Festival), and NY Comedy Club. Next stop, Hollywood. While entertaining the likes of Johnny Knoxville at the Sam Adams Grill & Groove Summer Jam, he met a director with a script. Price stars in Liquid Lunch Productions’ feature Overserved, an unapologetic comedy about working in a Boston bar. Price has been invited to the prestigious Aspen Rooftop Comedy Festival and Montreal’s Just For Laughs Festival as well as being named one of Comedy Central’s “Comics to Watch”. Price can also be heard regularly on Sirius/XM. Keep and eye out for him in your town!