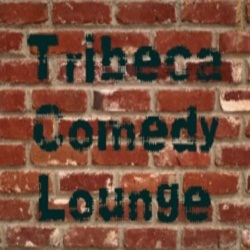 Pat Dixon NYC based comedian, writer and producer who lives and works in New York City, where he can be seen regularly in comedy clubs such as The Stand where he hosts his own monthly show “Last Tuesday at The Stand.”

Gibran Saleem was born in North Carolina and raised in Virginia in a Pakistani household. He started comedy while attending graduate school for psychology at New York University. While attending school he performed for the TBS Rooftop Comedy College Competition and was individually handpicked as an MVP nominee on a national level out of hundreds of comedians.

Meghan Hanley is a Brooklyn based, comedian, writer and actress….She’s know for her quick wit and upbeat persona. She also smiles a lot, which some people find suspicious, but mostly endearing.

Want to find out about comedy shows NYC? Best Comedy Tickets will tell you all you need to know.

Tribeca Comedy Lounge is setting a new standard by pairing world-class comedy with exceptional food and wine, all in an elegant, upscale environment.We tap the NYC’s vast talent pool to bring you great comics every night. Some you’ll recognize right away from their appearances on Last Comic Standing, Conan, Letterman, and Comedy Central. Others will be up-and-coming stars you’ll be seeing for the first time – but most assuredly not the last. All of them will make you laugh.