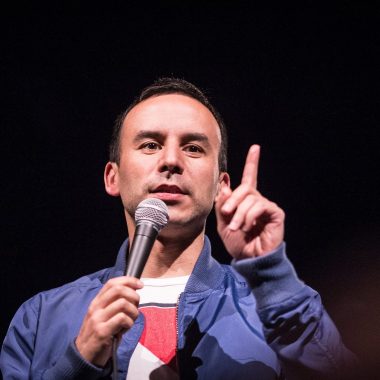 We met up with Stand Up Comedian Pedro Gonzalez at one of his comedy gigs at the New York Comedy Club in Midtown to discuss all things comedy.

1. What other jobs did you do before starting stand up comedy? I worked at Big Lots, Dunkin Donuts, doing wiretaps for the DEA, and as an interpreter at Legal Aid.

2. How did you know you wanted to be a comedian? I didn’t, someone at work told me I never shut up so I should go try to do that for a living.

3. If you weren’t doing comedy, what would you be doing? I’d be teaching Spanish at some college and drinking heavily. 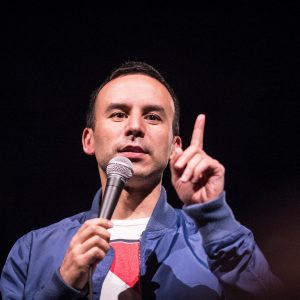 4. Where are some of your favorite NYC Comedy Clubs to perform comedy? Caroline’s, New York Comedy Club, The Comic Strip, QED, all the Funny Bones, and there are plenty of bar shows in New York City.

5. Who are some of your favorite up-and-comers in the comedy world? Some people whose comedy I love: Steven Rogers, Caitlin Peluffo, Maddie Wiener, Andrew Orolfo, Dan Perlman, and many others.

6. What’s the best advice you’ve ever gotten? Don’t worry about the things other people are getting, worry about writing one good joke today. Spend less time on Facebook and more time with your notebook.

7. When did you feel like you were a pro comedian? I’m not a pro yet, I’ll be a pro when I make my living exclusively from performing.

9. What are your favorite NYC comedy clubs that you perform at? See answer #4.

10. How do you deal with hecklers? It doesn’t happen that often to me. I tell them to shut up.

11. What advice would you give your younger self? Doing worry about finding love. It’s not going to happen.

12. How would you describe your brand of comedy? I’d rather stay open to writing new ideas, I find branding can be a creative constraint.

13. What do you talk about in your act? Being an immigrant, not having a lot of money growing up and being single mostly.

14. How did you develop your style of stand up? Who were your influences growing up; both from the world of comedy and elsewhere? I love joke writers: Dave Attel, Sarah Silverman, Felipe Esparza, Steve Martin, Woody Allen. They inspire me to write. My dad is a serial entrepreneur, so he inspired me to keep going no matter how many times you’ve failed in the past.

15. I love to interview comedians, Can I ask what happens when you are in front of a crowd, and no one laughs? I keep telling my jokes as if I’m telling them to a mirror.

16. What made you decide to be a comedian? Were you born funny? I was bored with my day job and I wanted to have a job where you could say things that would get you fired from a regular job.

18. Is there anything else that you wish to promote? Just my social media, thanks.

Do you want to see some live stand-up comedy?

We have tickets to the best NYC Comedy Club Shows

Use the Promo Code 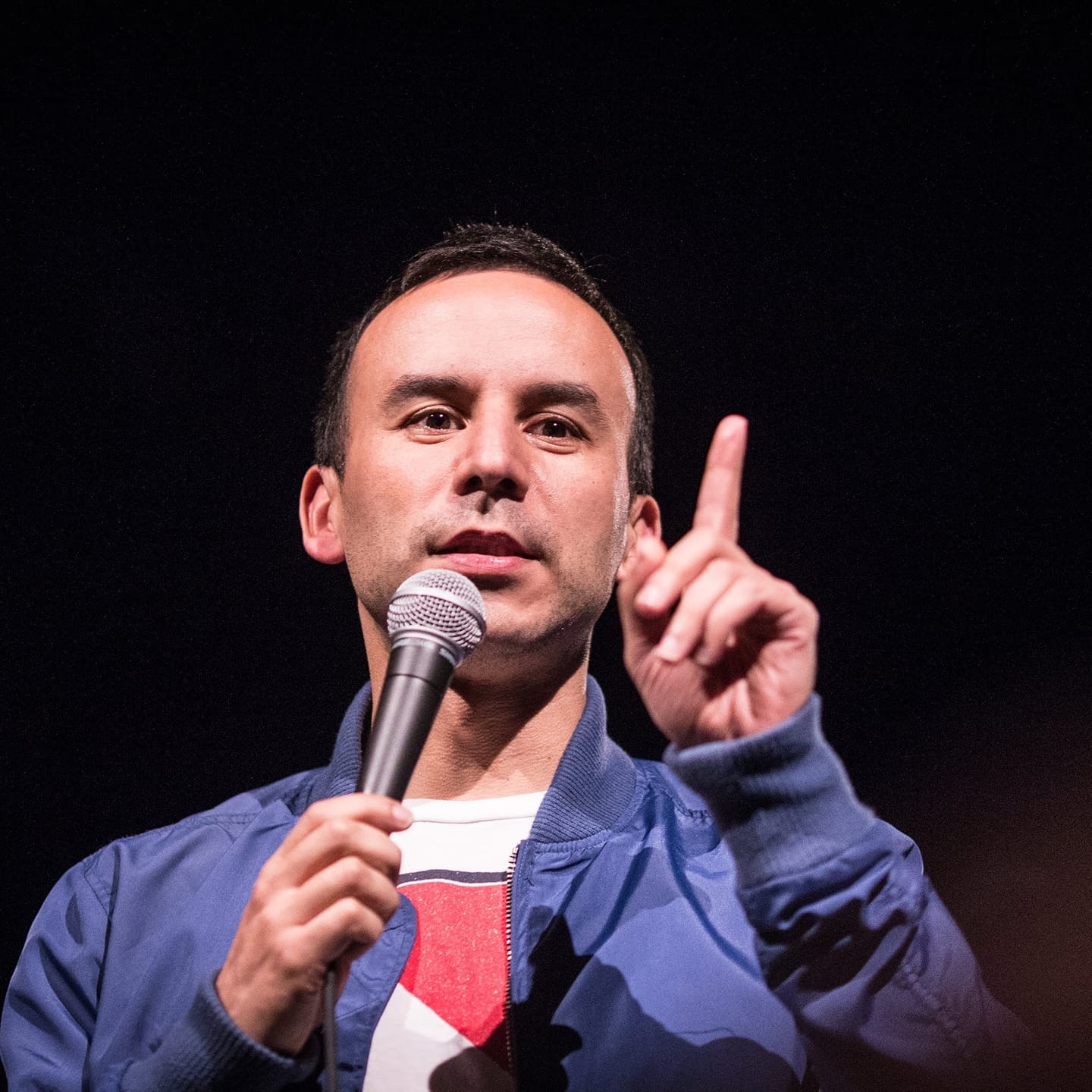