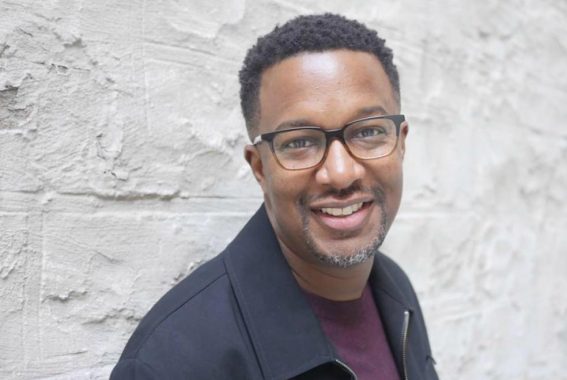 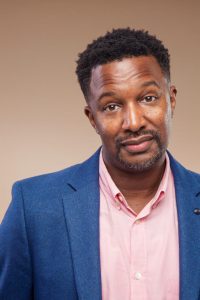 Rick Younger is an actor, stand up comedian, and singer originally from Baltimore, MD. Television appearances include “AXS TV’S Gotham Comedy Live” and “It’s Showtime at the Apollo.” Rick can currently be seen in Tina Fey’s, “Mean Girls” on Broadway!

1. What other jobs did you do before starting stand up comedy? Substitute teacher, worked for the Baltimore City Department of Social Services

2. How did you know you wanted to be a comedian? When my friend convinced me to do it and I made people laugh. If I would have bombed my first time I would have never done it again.

3. If you weren’t doing comedy, what would you be doing? I’d like to think I would have been a teacher because I come from a family of educators, but I hate getting up early to deal with other people’s kids. I’m sure I would have found a way to work for myself and set my own hours.

4. Where are some of your favorite places to perform? I like working out new material in front of small crowds, I’m talking less than 10 people. If you can get a laugh from a majority of them you know you got something. In general, I like intimate venues or places/shows where there aren’t any other comedians. Making people laugh when they didn’t particularly come for comedy also tests your mettle.

5. Who are some of your favorite up-and-comers in the comedy world? Up-and-comers is a tricky term, but I guess I’ll just name a few people that I like who aren’t household names. Charles McBee, Mike Brown, Pat Brown, Gina Brown, Regina DeCicco, Clayton Fletcher

6. What’s the best advice you’ve ever gotten? Go for the perks. Told to me by Washington DC comedy legend, The Fat Doctor. Don’t be ashamed to accept whatever extras come your way. It works for comedy and real life.

7. When did you feel like you were a pro comedian? I felt like I was a professional comedian when I quit my job in 1994 because I was calling in far too often to go do road gigs.

8. How often do you perform comedy per week? Now I perform comedy 8 shows a week on Broadway in Mean Girls the musical. I also get on stage to do stand up about 3-4 times/month in addition to my Broadway schedule.

10. How do you deal with hecklers? I just get very serious with them and address their cry for help and attention.

11. What advice would you give your younger self? Go to New York sooner

12. How would you describe your brand of comedy? I’m a storytelling comedian

13. What do you talk about in your act? I talk about things that happen in my life and things I’m passionate about

14. How did you develop your style of stand up? Who were your influences growing up; both from the world of comedy and elsewhere? I developed my style by paying attention to the things I said in real life that made people laugh. My biggest influence was my father who was a very funny man who always advocated being myself and not following the crowd. One of my biggest influences in comedy who I also consider a friend and mentor is Tony Woods.

15. I love to interview comedians, Can I ask what happens when you are in front of a crowd, and no one laughs? I just keep talking. I kind of have an approach that I’m just trying to get things off my chest and it’s up to the audience to figure out what part is funny to them.

16. What made you decide to be a comedian? Were you born funny? I’ve always been someone who made people laugh without trying so I guess I was born funny or born into funny because of all of my funny family members. I decided to become a comedian because I was presented with the opportunity and it worked and I realized that it was where I belonged. It was my calling or at least part of my calling.

17. When can people see you? You can see me Tuesday-Sunday at the August Wilson Theater in Mean Girls on Broadway

18. Is there anything else that you wish to promote? Check out my comedy album “Fried Chicken & White Bread”, it’s available on iTunes, CDBaby, Spotify, YouTube, Amazon, Google, and pretty much anywhere music is sold or streamed

Thanks for reading this interview with the talented comedian Rick Younger at the Greenwich Village Comedy Club. If you are looking for some great laughs there is no better place to find tickets.