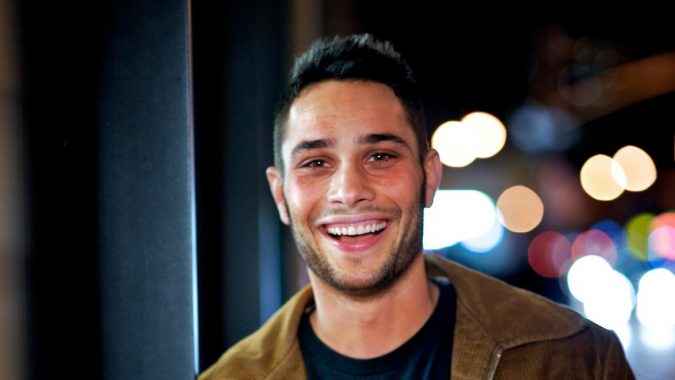 I was a personal trainer. Then a successful dog trainer by day/ comic by night. Comedy and dogs are my two greatest passions and in 2005 I combined them to create my charity “Funny For Fido” Comics Stand- Up For Homeless Animals.

Some of the biggest names in comedy have performed on these benefit shows which has grown bigger and bigger each year and raised thousands of dollars for animal rescue shelters.

It’s probably the thing I’m most proud of.

At first, I was a fan and seeing some of the greats perform at The Comedy Cellar made me think “Wow, I want to do that”! I’ve always been funny but the idea of honing the skill of crafting actual jokes so you could go up there with nothing but an armamentarium of words to make people laugh at will was fascinating to me.

I’d be doing more of the work I still do with animals. It would just be the whole pie instead of a piece of it.

Obviously, the clubs in Manhattan like The Cellar & The Stand but the road has been the real fun lately.

Doing long sets is so gratifying, humbling and beneficial to my development as a comic.

Well, “up and comers” by industry standards often means veterans who are just starting to get the recognition they have worked so hard for so long to achieve so it’s the people like Big Jay, Mike Vecchione, Nate Bargatze.

Usually between 5- 12 spots a week. Sometimes they are just 15-minute club sets.

What are your favorite comedy clubs that you perform?

Justin Silver love the Comedy Connection in Rhode Island. The DC Improv is great. Uncle Vinnie’s down the shore was a recent gem.

Easily. I’ve been fortunate to work the road with incredible crowd work comics like Attell and Big Jay and really learned from them. There’s a skill to shift the collective consciousness of the room from that initial gasp and tension when someone shouts out.

Are they all thinking “What’s going to happen? Can he handle this?” Pretty quickly they see you aren’t thrown off and from there I make the interaction funny which can often be a really fun part of the set or, if they are really annoying I sort of steer the crowd to turn on them which and watch them sit and pout in their chair like a defeated baby or walk out.

Don’t take time off when you land TV gigs, Justin.

Neurotic, self-effacing, with a little cocky charm. Justin Silver have a bit of a natural swagger which is just part of being a kid from NY but I’m riddled with every 3 letter disorder prevalent in the human condition.

I try to be vulnerable and expose how in my attempt to get through my day gracefully, I’m constantly stepping into a hundred potholes and banging into shit.

My OCD, having a digital addiction, dating issues, getting food poisoning while hallucinating on Ambien and taking my clothes off on a 16-hour plane ride from Hong Kong to the US

I think like everyone, when I started I just wanted to sound like some of my favorite comedians. But as I grew older both on and off stage the gap between how I talk to off stage and how I talk on stage just got smaller and smaller and now I just feel like myself.

My comedic influences are so varied. As a kid, it was Eddie Murphy and George Carlin but the more I got into the comedy scene it became some of my contemporaries who I now call friends.

I hate them, and then try to pretend I don’t as I move to the next joke to see if we can mend this tragic relationship.

I was always funny because I was small, artistic, not good at sports and picked on. So I was the funniest. Cliche but it’s true.

Also the co-host of “No Disrespect” Podcast with Mike Vecchione. Both available anywhere you listen to podcasts.