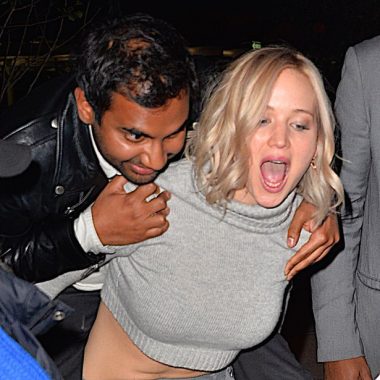 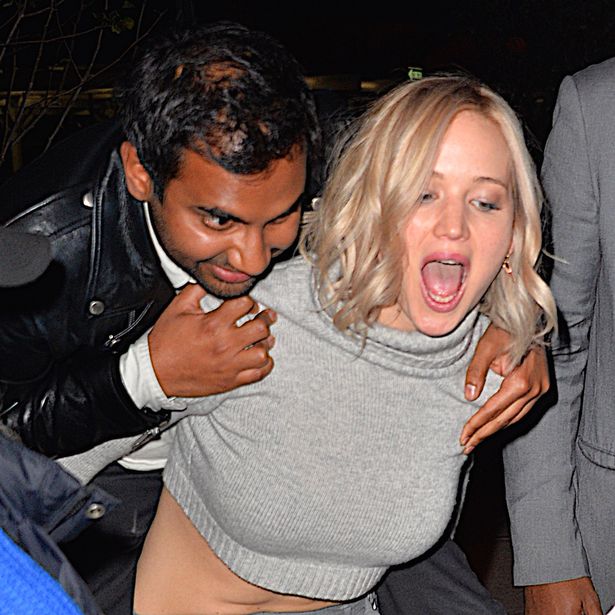 Aziz Ansari is a 32 year old stand up comedian who received a piggy back ride from 25-year-old actress Jennifer Lawrence from picking him up like a small little boy.

The two stars attended the Saturday Night Live after-party last night, Jennifer Lawrence and Aziz Ansari helped celebrate Amy Schumer’s big night of hosting the show — and if the pics after the party are any indication, they had lots of fun!

It might even be possible that the three Ansari, Schumer and Lawrence might have had the best night of their lives. In fact, we’re pretty sure that when the 5’9″ Lawrence isn’t carrying her 5’6″ friend Ansari around, she’s still bringing the party with her. 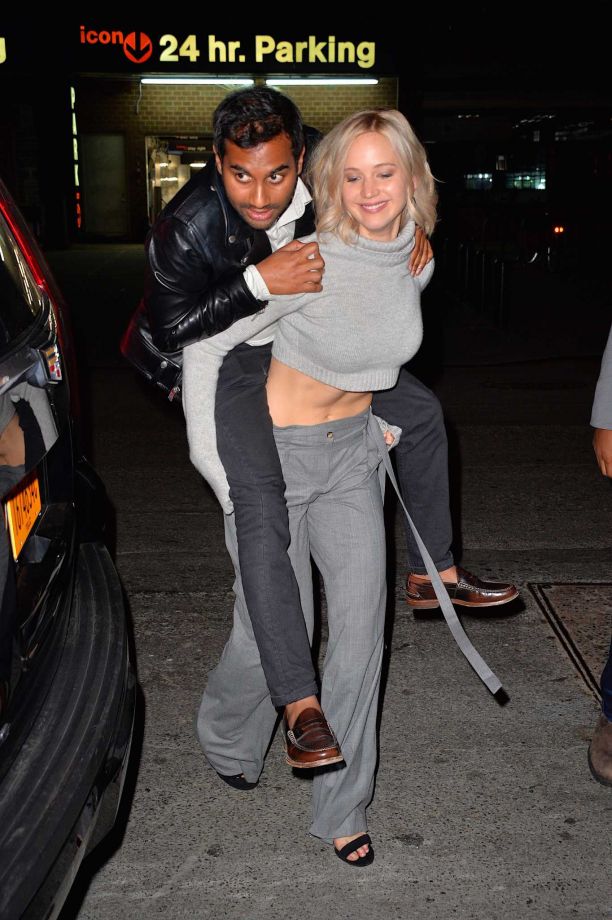