Jonathan Randall’s Point of No Return Comedy Show in NYC 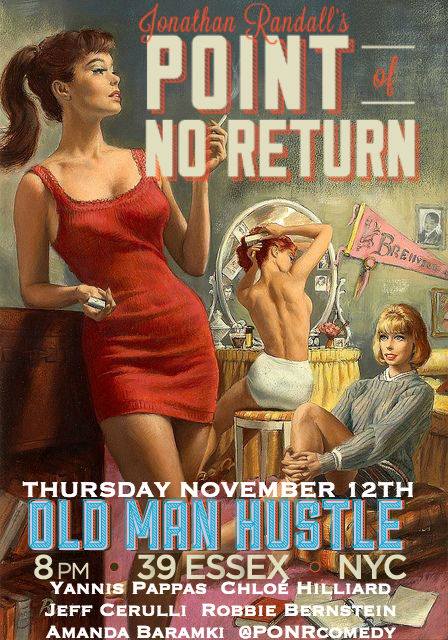 Every Thursday at 8pm Comedian Jonathan Randall hosts the free Comedy show Point Of No Return, featuring New York City’s finest Comedians @ Old Man Hustle 39 Essex St. Between Hester and Grand. Come share in an intimate comedic experience where Comedians are encouraged to experiment with new material. No cover charge or drink minimum like in most Comedy Clubs but same great Comics performing original and spontaneous bits rather than jokes they have done hundreds of times before. The unique venue has limited seating and quickly becomes standing room only so be sure to arrive early to not only be part of the show but part of the process.

This week features comedy from