Things to Do in New York City on a Budget 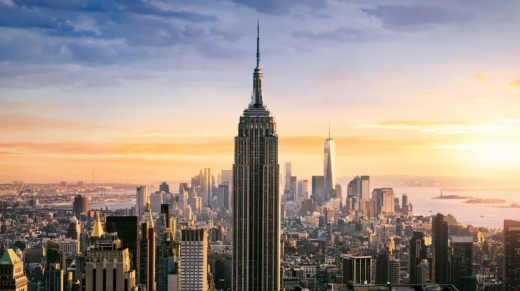 Things To Do In New York City On A Budget

It is common knowledge that New York is quite expensive, but that doesn’t mean you can’t enjoy a fun time out in the city on a budget. New York is bustling with life and activities, which presents a lot of things you can do while saving money on your trip.

Whether it’s your first visit or the city is already like a new home, you can travel NYC cheap and never return from your vacation broke with these money-saving travel tips. 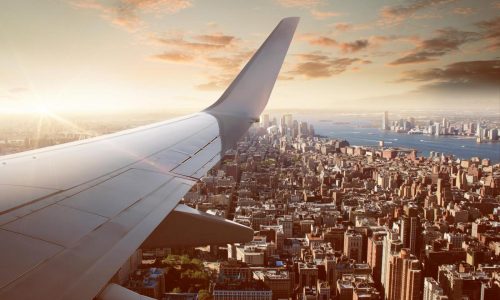 Find a cheap flight to NYC

It can be expensive getting to New York, but it doesn’t have to be. There are great flight deals you can find online. Skyscanner is a great tool that lets you compare flight prices to get cheap flights, find great hotel deals, and hire a car. The platform has over 60 million monthly users, 1200 travel partners, and over 2 million flights booked per month. When looking for a flight to New York, be sure to include JFK and La Guardia, or even Newark, in your search for the best deals. 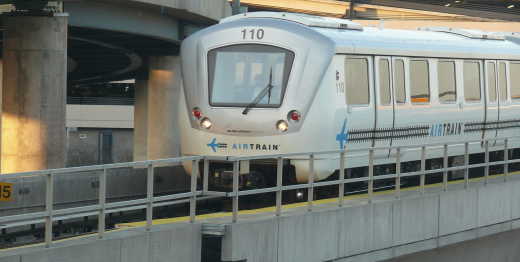 Take the train to and from the airport

Having arrived at New York City through JFK, or La Guardia, the city might be pretty far away. Rather than hailing a taxi or Uber, which can cost as much as $40 to $60, you can take the shuttle to the metro. It’s easier and saves much more money. To do it, buy a 7-day metro pass from Metro Card vending machines, which will allow you to use the bus and metro unlimited times. 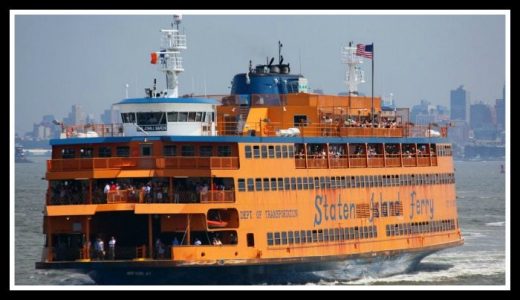 Go on a Water Tour

Although you may hear stories of tourists who have been charged $200 by alleged scammers, the Staten Island ferry remains free since its launch in 1997, offering an amazing view of southern Manhattan, including Ellis Island and the Statue of Liberty. The Ikea Ferry is another weekend free ferry (although it costs $5 on weekdays) that runs from Wall Street all the way to Red Hook, Brooklyn. There is also the option of the East River ferry that runs from Manhattan to Brooklyn and costs $6 on weekends, and $4 on weekdays. However, if you want to splash out, then you should try the Circle line ferry, which circumnavigates Manhattan island within two-and-a-half hours for $41, which provides a comprehensive view of the city.

If you will be seeing a lot of attractions during your stay, then you should consider saving with a city pass. You can access dozens of attractions over a period of days for a price starting from $132 with the New York Pass. City Pass is another great option which includes admission to either three or six museums and sights, which include the Metropolitan Museum of Art and the Empire State Building, over nine days. With passes like these, you not only save money but also skip the lines. 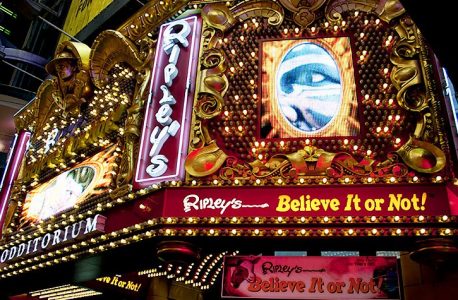 Experience the Mysterious At Ripley’s Believe It Or Not

One of the most awe-inspiring and thrilling attractions in New York City for families and children is Ripley’s Believe it or Not!. It is a museum experience that showcases a number of things ranging from the mysterious to the strange, downright shocking, and the most beautiful. You can expect the unusual and unbelievable. The Ripley’s collections have works of art made from everyday objects that are pleasantly surprising and is a must attraction while in New York City. 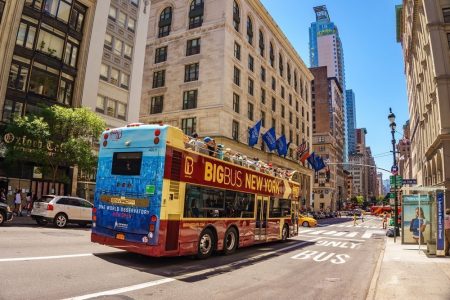 Enjoy New York’s most iconic sights with unlimited hop-on hop-off bus tours. These tours follow specific routes and you will see some of the most famous landmarks, which include the Empire State Building, Statue of Liberty, Time Square, One World Trade Center, and so much more. These buses have open decks that allow you to catch panoramic views of the Big Apple. There is also audio tour commentary provided in several languages to ensure the best sightseeing experience. 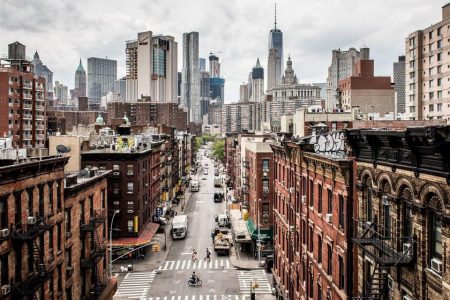 Accommodation in New York is generally costly, but you will find bargains among the many available properties for let on platforms like Airbnb. But ensure you look outside Manhattan. You might be paying up to $100 per night for an apartment considered a bargain, or you can split the price to under $60 if you are willing to share a room with someone. Always book ahead when looking for affordable accommodation. A great place to find cheap hotels is booking.com, where you can also read reviews before making a rental purchase. TripAdvisor also has great deals from hundreds of websites aggregated on the platform. Besides that, they also offer tours, tickets to activities (like museums) and more. Another great place is Agoda.com, which has more than 5000 vacation rentals and hotels available on its platform. 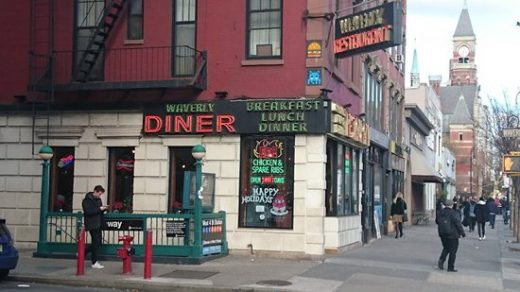 If you are looking to get the classic American experience, you can have a sit down in one of the red leather booths at the Waverly restaurant in Greenwich village. Or you can head to Williamsburg on a Saturday for a wider variety, or to Brooklyn Bridge Park on a Sunday to visit Smorgasburg, a collection of open-air food stalls that are growing increasingly popular. Restaurants in New York can be pricey, especially when the mandatory 15%-20% tip is factored in. Alphabet City’s Gruppo is a good option for very tasty thin-crust pizza that is inexpensive, while Cafe Argentino in Williamsburg offers a $10 brunch. For a cheap drink, the Peter McManus Cafe in Chelsea is a great pub where you could enjoy a round on the house, or take a trip to Jimmy’s Corner near Times Square, regarded as the best bar in that area.

Why they don’t shout about it, the $25 fee to enter the renowned Metropolitan Museum of Art in Central Park is a high recommend for “pay what you wish.” On display is John Sargent’s portraits of the members of his artistic circle, while you cannot miss the permanent collection that covers Egyptian, Greece, Rome, European, and American art. You can also pay what you wish between 7 pm and 10 pm at The Whitney Museum of American Art. Its opening exhibition was a stunning survey of the art scene in America from the beginning to the present day. You can visit the Museum of Modern Art on 53rd Street, which is free on Fridays from 4 pm. 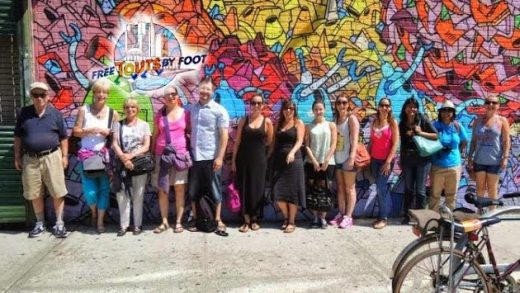 Absolutely free things to do

Go for a walk

There are numerous tours by foot tour agencies like freetoursbyfoot.com, which covers Manhattan and Brooklyn and includes a ghost walk, a street-art tour of Williamsburg, Little Italy, and Chinatown. A good recommendation is the tour of Greenwich Village, which tells the story of the founding of this downtown street from the 17th century up to its heyday as the home of the folk scene in the 1960s. Not forgetting the apartment where Blowin’ in the Wind was written by Bob Dylan. 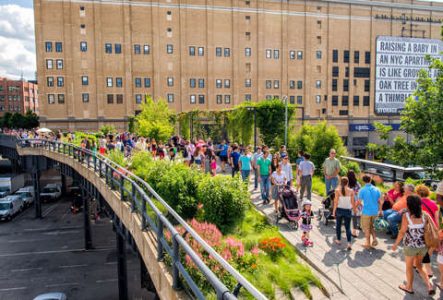 A Stroll In The Park

The High Line, which was formerly abandoned and overgrown tracks but transformed by two Chelsea residents Joshua David and Robert Hammond is now one of New York’s most popular attractions. A stroll along the semi-wild meadow plants provides a peaceful respite from the hustle and bustle of the city below. At Central Park, you feel even more removed from the city, with its 840 acres, which include a sports field, a reservoir, a boating lake, a zoo, and more. 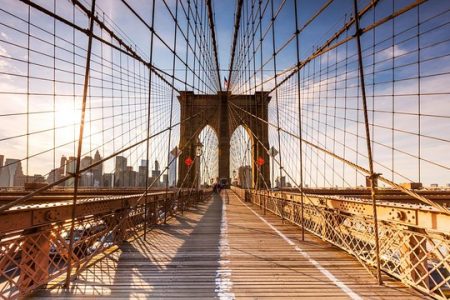 One of New York City’s most recognizable landmarks is the Brooklyn Bridge which imposes with its limestone and granite neo-gothic towers. The pedestrian and cycle pathway on the bridge is elevated, allowing people to catch a fantastic view of the Manhattan skyline and downtown Brooklyn. There can be quite a scrum of people around here sometimes, with tourists taking stops for photos and to attach love locks to the bridges’ metal fencing. 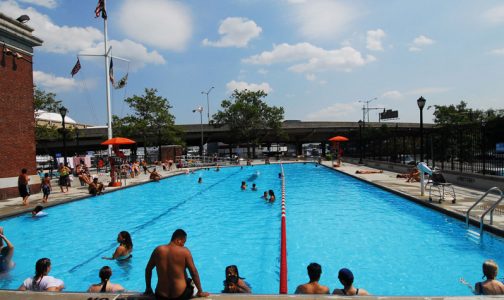 In the hot sweltering summer, the city opens up its free outdoor swimming pools, which are in the dozens across the five boroughs. A good one is the Asser Levy pool on East 23rd Street. If cycle riding is your thing, you could pick up a Citi Bike from the city’s on-street cycle-hire scheme. Several stations are spread across Manhattan below 60th Street and in Brooklyn, which include Williamsburg, Brooklyn Heights, and Fort Greene. 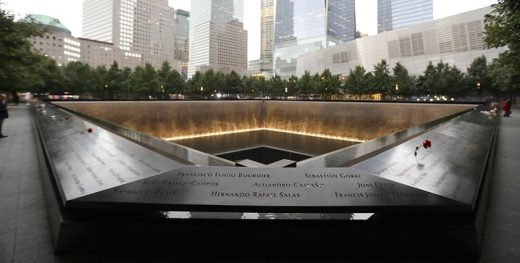 The September 11 attack is one of the major events that marked the turning point of geopolitical history in the 21st century. The 9/11 memorial successfully turns the focus back to the nearly 3,000 people who died due to the attack. Standing where the foundations of Twin Towers once stood are two enormous waterfalls with the names of victims engraved into a metal rim around communicating a sense of loss and emptiness. Tickets for the museum cost $24 for adults, but it is free on Tuesdays from 5 pm.

New York City is where you’ll find the best comedians in the world. The city offers unique places for evening laugh outs alone or with friends. All around the city, from Manhattan to Bushwick dive bars, you can rest assured of mind-blowing comedy. We at Bestcomedytickets.com offer tickets to comedy shows in New York City and has been doing so since October 2001.

Where you can catch rising stars and established acts strut their stuff. Tickets cost anything from $10 to $40. However, you can enjoy a 25% discount if you use your discount code at checkout.

Some of the best comedy shows to see include:

Use the promo code: Blog25 for a 25% discount on all NYC comedy clubs on our site.

You can check their comedy schedule to learn more about what comedy club is on and who’s on stage.