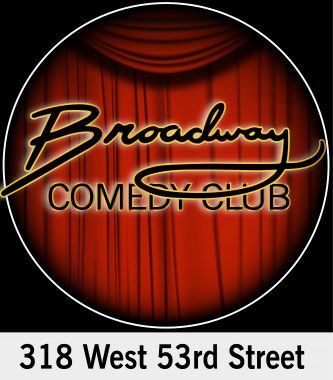 Looking for a fun time in New York City? Head on over to the Broadway Comedy Club! Located in the heart of Times Square, this club in New York City’s preeminent hub of fun and entertainment! Located on the same block as the Ed Sullivan theater, the CBS Studios, and the David Letterman Studio, incorporating this club into your existing plans is easy!

Surprise celebrity appearances are a frequent sight at this club. David Spade, Rosie O’Donnell, and Shawn Wayans are a few of the famous comedians that have performed their stand-up routines at the Broadway Comedy Club.

The Broadway Comedy Club has a fantastic menu with affordable prices! Whether you want a basketful of chicken strips or a delicious strawberry daiquiri, this club has it on the menu! Each performance is a unique and unforgettable experience. Expect the unexpected, eat and drink up and prepare for a good time! The main attraction is, of course, the comedians themselves. These guys and gals are no joke; they will give you a great time and have you rolling on the floor with laughter before the night is over!

Attending a show at this club is the perfect addition to your trip to the Big Apple! Who knows, you may even become a part of the act! People of all ages are welcome! Taking in a comedy show in NYC is like no other venue. This is the Mecca of today’s entertainment world; with both headliners and up-and-coming acts showing daily, every act is a unique, once in a lifetime opportunity. Head to the city for the sites and then make your way to the comedy clubs like the Broadway Comedy Club for the comedy shows. Any trip to NYC without visiting one of the incredible comedy clubs that form the launching pad for America’s comedy is a missed opportunity. NYC Comedy Clubs are available nearly 24/7 and can accommodate parties of all sizes. Just make sure that you order tickets ahead of time, or else you might miss the laughs!