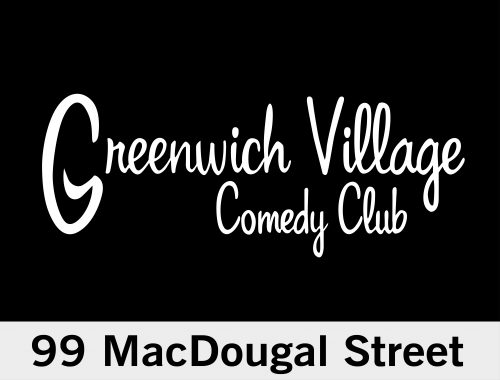 Enjoy classic comedy in NYC at the Greenwich Village Comedy  Club. Whether a seasoned NYC local or a tourist making your first journey to the Mecca of NYC comedy clubs, this club is an excellent addition to any evening out on the town. You may even end up taking in one of your favorite comedy shows in NYC with the stars; Jimmy Fallon, Jay-Z, Beyonce, Montel Williams, and Andre Agassi have all graced this club with their presence.

Located just south of the Washington Square Arch, this club has more than just great comedians and a fun location near NYU; a full menu of great food and drinks makes catching dinner and a show a breeze. Just be careful to fit in your bites between fits of laughter!

Are you more than a casual audience member when it comes to comedy? Ever dreamed of getting your moment in the spotlight? The Greenwich Village Comedy Club offers performers of all backgrounds a skill-sets the opportunity of a lifetime; take to the stage and show NYC what you’ve got at an open-mic night! As always, tickets and slots are limited, so reservations ahead of time are key to guarantee your position in Sunday night’s lineup.

While stepping out of your comfort zone can be fun, sitting back and taking in a professionally delivered comedy act in the Big Apple is a special addition to your evening that should probably be left to the professionals. Trust the doctors of comedy at the Greenwich Comedy Club to find your funny bone and deliver a professional, stress relieving and inspiring performance that will leave you crying with tears of laughter.

Just a few of the big names to hit the stage here include: Charlie Murphy (Eddie Murphy’s older brother and a writer / cast member of Comedy Central’s Chapelle Show), Judy Gold (winner of two Daytime Emmy Awards for her work with the Rosie O’Donnell Show), and Joe Larson (seen on The Tonight Show’s Laugh Squad, “Laughs” on FOX and “Stand-Up 360”).