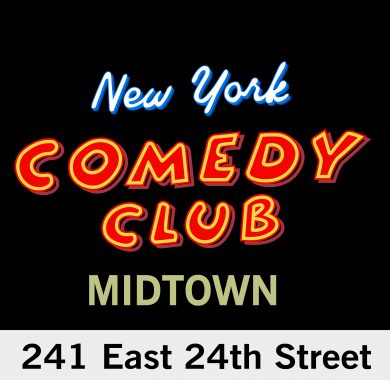 The New York Comedy Club in Midtown is widely regarded as one of the premier NYC Comedy Clubs. With incredible performances by some of the titans of comedy in  NYC, it’s not unusual to see a sold-out performance by the likes of Judah  Friedlander  (Frank Rossitano on 30 Rock) or Todd Barry (Bob’s  Burgers, Dr.  Katz, and Squidbillies on Cartoon Network). Comedy shows in NYC are more than just headliners, variety shows and a deep bench of comedic talent has kept New  York Comedy Club at the top of its game for a number of years.

Comedians like Chris Rock started their career at The New York Comedy Club. By taking the gloves off and interacting with the audience in a way that is abrasive, raw and totally hysterical, there is no better way to get your laughs on in the Big Apple. Prep yourself for a night of fun and laughter with the two-drink minimum and don’t miss open-mic every Monday at 4 PM.

Located down the street from historic Gramercy Theatre, The New York Comedy Club can easily dovetail with nearly any evening plans. This NYC comedy club is known for its diverse audience, with NYU’s Langone Medical Center, Park Avenue, and Kips Bay all within comfortable walking distance.

Who says a good laugh can’t be affordable? The New York Times dubbed The New York Comedy Club “The Walmart of Comedy” because of the exceptional value and quality night at the club that offers its guests. A full bar and extensive food menu make dinner and show an easy way to spend a relaxing evening in the city. What really stands out about The New York Comedy Club is its ability to book top-shelf talent, while keeping the experience within most budgets.

With awards like “Pick of the Year 2000” from the New York Post, come down and see what all the fuss is about! Just make sure to grab your tickets ahead of time; purchasing from BestComedyTickets.com guarantees you’ll have a seat for the act of your choice.