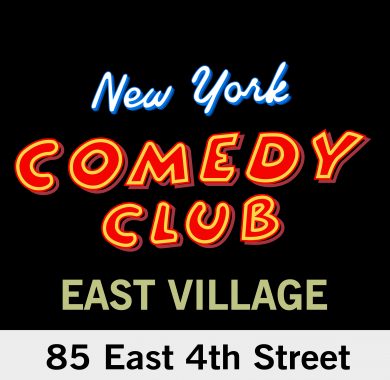 New York Comedy Club in the East Village in Manhattan.

If you are looking for an excellent experience of the best stand-up comedy in NYC than the New York Comedy Club is the club to go to.

In today’s world, everyone is busy in their lives that they don’t have the time to relax.

The perfect way to feel rejuvenated without burning a hole in your pocket is by going to a comedy club.

New York Comedy Club has been in business since 1989. They are without a doubt one of the best comedy clubs in NYC.

In 2014, the ownership of the club changed when Scott Lindner and Emilio Savone bought the club from Al Martin. The main aim was to provide a space to the people and comics where they can feel invited.

The owners opened up a second New York Comedy Club in East Village in the place of the old Eastville Comedy Club. The club is capable of seating 180 people in the showroom. The club has gone through some renovations and changes.

Scott and Emilio are focusing on creating an outstanding experience for people and provide an environment that is engaging. They want to focus on bringing great shows and comics for people, so they can have a good laugh. Their aim is to have the club packed with people every night. They want to make this club the greatest comedy club that provides brilliant comedy.

The club focuses on offering a platform for the comics to showcase their talents. The stage is available for both unknown and known comedians. It will be a great opportunity for new comics to start their careers.
Since they want to create the perfect environment for everyone, they offer a wide range of drinks, from refreshing cola to a delicious martini. The club has good snacks on the menu to enjoy the comedy. You can enjoy the night with your friends and family. Many celebrity comedians come to perform at the club. Many of New York’s finest comedians perform and hang out with fellow comics and have drinks at the club.

In the end, both Scott and Emilio created a second classic comedy club in the East Village. They have a great team, which is working hard to make this club the best comedy club in NYC.
If you want to have a night that is filled with laughter, book your tickets now. Hurry up before you miss your chance.