Stand Up NY – Upper West Side 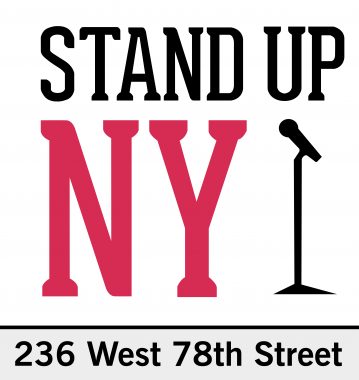 Stand Up NY Comedy Club is a legendary NYC comedy club located on the Upper West Side in NYC on 78th Street and Broadway. Stand UP NY has some of the best comedy shows in NYC. In the heart of the Upper West Side. They first open it’s doors in 1986 and has been known to be the premier comedy club in the city. Stand UP NY is celebrated for its rich history, and exquisite interior and feature only outstanding comedian that has been featured on the industry best comedy shows such as Comedy Central, SNL, Chappelle Show, David Letterman, Jay Leno, Conan O’Brien, and Jimmy Fallon from Jerry Seinfeld, Chris Rock, Jon Stewart, Dave Attell, Bill Burr, and Louis CK.

Stand Up NY is the breeding ground for the biggest and brightest comedian stars of today and tomorrow. Stand Up NY Comedy Club has been recently renovated with a beautifully sleek design, which is very convenient for luxurious famous NYC comedy club. This beautifully crafted design was created by the legendary designer Steve Lewis – includes a sleek elegant VIP section with state of the art media capacity. Stand Up NY Comedy Club is a well-arranged with a classic interior and now has been reawakened, recognizing. Stand Up NY is featured as one of the best New York Comedy Clubs in Manhattan.

Stand Up NY has multiple comedy shows 7 nights a week and features some of the freshest acts in the country. This club has some of the future rising stars of the New York City comedy scene and many of the popular comedians face you will recognize from the television and film.

Stand Up NY has developed into NYC’s leading destination for locals and travelers alike. accompany producers from Comedy Central, HBO, NBC, and ABC as you enjoy our delicious authentic Northern Italian cuisine by Serafina on the Upper West Side, indulge in original cocktails by our top-notch mixologist and laugh the night away at our All-Pro NYC comedy shows. Plus, you never know what celebrity will be doing a surprise guest spot at Stand UP NY….