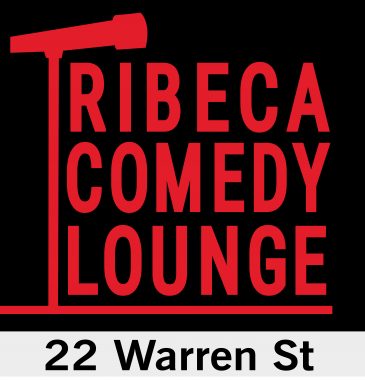 The Tribeca Comedy Lounge is a fantastic comedy club in NYC. Voted “Best  Newcomer” by Time Out New York,  this comedy club regularly features some of New  York  City’s best up-and-coming comedians as well as local legends including Dan St.  Germain, Sara Schaefer, and  Kevin Barnett. This club has a legendary NYC chef, Warren Schierenbeck, in the kitchen preparing a well-appointed menu. This NYC comedy club frequently features comedians who have performed on some of comedy’s most sought-after shows including Last Comic Standing, Conan, Late  Show with David Letterman and Comedy Central.

The Tribeca Comedy Lounge is famous in the Tribeca neighborhood for its delicious pizza and hilarious comedians. This comedy club, as well as many other comedy clubs in NYC, is located underground. For pizza lovers, this lounge is connected to a pizza restaurant named Brick NYC where mouth-watering, New York-style pizza is served all night.

This lounge is run by Adam Strauss, a local comedian. Strauss also owns the Dark Horse comedy club, which is located only one block away from this lounge. The two clubs are sister comedy clubs and team up to bring in the premiere, professional comedians.

Comedy in NYC is both fun and tasty at the Tribeca Comedy Lounge. Many of the up-and-coming comedians that perform their standup routines here maybe tomorrow’s next big celebrities! While the talent may be top-shelf, the lounge is a relaxed, casual comedy club and requires only that guests bring their manners. With a prime location, this lounge gets a lot of business from the locals and has earned their loyalty with performances night after night. Shows at this comedy club are frequently sold out because of its popularity so be sure to get your tickets in advance!