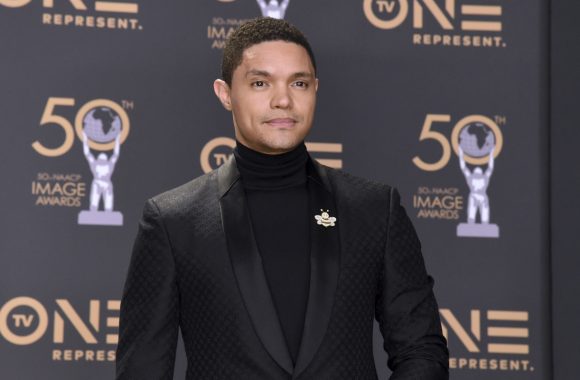 Noah became the first African to sell out Madison Square Garden in November 2019. He’s now a part of an elite group of A-list comedians like Kelvin Hart who has also sold out the iconic New York arena, Eddie Murphy and Chris Rock.

Trevor Noah earns mostly from stand-up comedy shows. According to Forbes, he earned approximately $28 million in a year between June 1, 2018, to June 1, 2019. He is considered the fourth-highest paid comedian in the world.

Here are 10 sayings from Trevor Noah that entrepreneurs can relate to:

Trevor Noah advises not to spend too much time being afraid of rejection or failure. But regret is the thing we should fear most.

Everyone should learn to use pain positively. “Life is full of pain but there’s no need to cry about the past. We don’t have to be bitter, and be shaped by the pain, neither hold on to it.

Trevor says he always mixes himself with different groups and never afraid to go into different spaces and relate with people because he doesn’t have a place where he belongs and that means he belongs everywhere.

It’s okay to have a few bruises and which is a reminder of what has happened but after some time, the bruises will fade, and that’s the time to get up and move again.

Even though people are told to follow their dreams, they can only dream of what they can imagine and this depends on where they come from because imagination can actually be limited.

“This is so true!” He says. “If you speak a man’s language even though it’s just some little phrases, this means you recognize they have an identity and a culture and it is valued.”

When it comes to pushing boundaries, Trevor said he never allows the memory of a painful event to stop him from trying something new.

For Trevor, thinking too much about the troubles life’s brought will make it impossible to push forward. Instead, he recommends spending some time crying it out, waking up and moving on.

When it comes to money, Trevor says money gives you choices. He thinks people want to be rich because they get the ability to choose. The richer we are the more choices we are able to make and that’s the freedom money gives.

Trevor said that he became a chameleon and his color didn’t change, but he could change another person’s perception of his color.

Never settle at your present position. Comfort can be dangerous Trevor explains. For him, comfort provides a floor but it also provides a ceiling. You shouldn’t be too comfortable where you are.