A Comedy Show For The Freaks OUTCAST: Hosted By Fareeha Khan 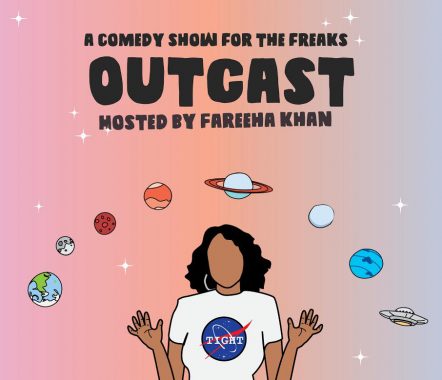 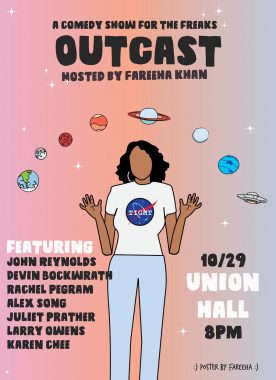 A Comedy Show For The Freaks OUTCAST: Hosted By Fareeha Khan

Editors Choice – This is an experimental comedy show that will feature some of NYC’s best comedians. The show is basically a place for various weirdos to come together and do some weird stuff on stage. It’ll be fun and diverse and we’ll all unite in a love of the weird and feel good about representation on stage. 🙂 Check out full details below. I hope to see you there!

Thanks!
Fareeha
OutCast: A Comedy Show About Outcast
Monday, October 29, Doors at 7:30 pm, Show at 8:00 pm
Tickets $8. adv / $10 door
Link
Featuring:
John Reynolds (Search Party, Stranger Things)
Devin Bockwrath (Comedy Central)
Rachel Pegram (UCB, Netflix)
Alex Song (UCB, Netflix)
Juliet Prather (The ‘Sup Show)
Larry Owens (TruTV)
Karen Chee (The New Yorker)
About the host: Fareeha Khan is a comedian based in Brooklyn, NY. She is a writer for MTV Decoded and contributes to Reductress. She was a part of the Riot x TBS Comedy Writers Lab in 2017. She can be seen performing all around the city and has been featured at the Women in Comedy Festival, Hell Yes Festival, Chicago Sketch Festival, and a buncha other places. She also co-hosts The ‘Sup Show, which is a rowdy showcase of female, queer, and gender non-conforming performers at Caveat every other month.