A Spotlight on Comedian Kevin Bartini 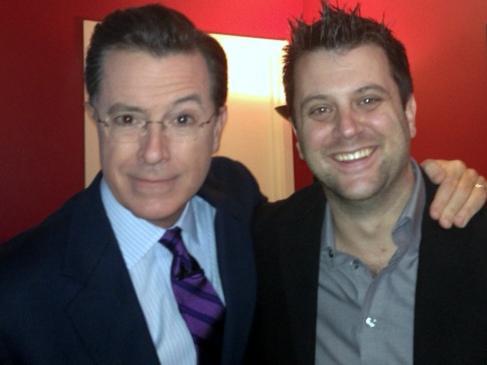 A warm audience is an important aspect of any comedy show. Having an opener for any type of performance is commonplace and encourages the audience to participate and build up energy. In comedy, a a warm audience means a crowd that is ready to laugh, they are open, and in a club setting more often than not a little bit drunk. When a televised show is filmed before a live audience a warm up comic is generally used to facilitate the necessity for a warm crowd. The warm up comic is the unsung hero of a great audience ready for a TV taping. The comic is usually not noticed by a larger audience, but appreciated in the entertainment industry greatly. Their job is to make the crowd feel like an integral part of the show, usually working alone and at times explaining parts of the show. 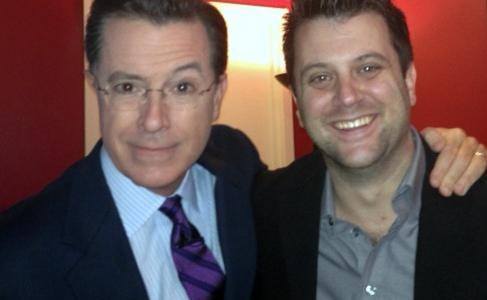 We had the chance to talk to the quick witted and very likable comedian Kevin Bartini about his experiences warming up crowds for late night television. Kevin is a skilled comedian with a talent for warming up crowds with a blistering sense of humor. He has since lost count of how many times he has warmed up crowds for shows such as The Late Show with Stephen Colbert, The Nightly Show with Larry Wilmore, and The Daily Show With Jon Stewart. Kevin has been performing stand up since 1999 where he started in Western Massachusetts and has progressed to performing across the country and entertaining an assortment of crowds. 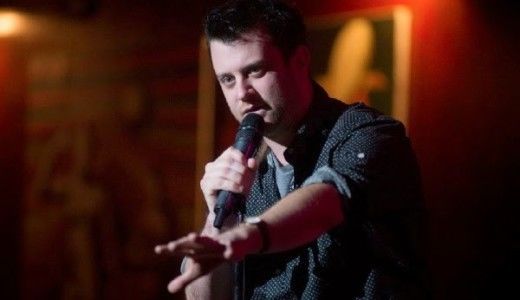 Kevin Bartini has been living a lifelong dream of doing comedy, “as a child in the 80’s, the comedy boom, I wanted to be a comedian ever since I was around 11 or 12.”  Kevin went on to talk about his earliest influences as a comedian, “everybody was an influence, obviously the big names, and people like Jerry Seinfeld. Dennis miller. Lewis black when I was a little older.”

Kevin Bartini explained a little bit more about what a warm up comic does,

“A warm up act’s job is to get a crowd going, they’re an opener, like a supporting band, when you go see music it’s the opening band. I get the people going. The job of the warm up comic is to get the audience directed to the final product of the show, they [Producers] go to a big expense to have an audience and I have to punctuate the jokes.” Kevin takes an audience of around 150 people and within minutes has to amp them up to make the show good and give the host a great crowd to work with.

Does a warm up comedian know what is going to happen in a show?

Kevin explained some of the intricacies of being a warm up comedian,

“There are times when you know whats happening on the show. Neil young did a song on Colbert report, before the taping I got to see Neil Young perform for a bit. That was pretty cool. I did a daytime talk show where I asking the audience about fashion advice and it was Keep It or Toss It segment that is something I can explain to the audience. Usually I don’t know what’s going to happen besides guests appearing on the show. Sometimes the guest is a surprise. Sometimes the producers keep everything hush to elicit a genuine reaction.” 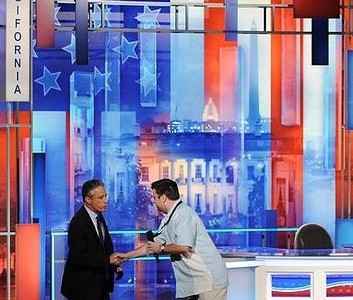 We were curious about what kind of material is allowed to be used before a live taping, Kevin told us that he isn’t censored.

“I’ve never been implicitly told to censor content or have been told to dial back, that being said I’m smart enough to know not to do news based content. To give that some context, if you were a musician opening for Kenny rogers, don’t sing The Gambler, That’s Kenny’s thing. So, don’t do a political joke or news joke, That’s their thing. I usually do a lot of crowd work and improvisation.”

A champion for comedy as an art form, he has never stopped being a fan of comedy. Kevin helped accomplish the changing of a street name in Manhattan to honor the late George Carlin. Carlin was added to the list of other famous New Yorkers with streets named after them, a section of West 121st Street in Morningside Heights near where the innovative comedian grew up was renamed, “it took three years, we campaigned the city to change the name of a street to George Carlin way.” They prevailed and Kevin spoke at the dedication to George Carlin.

“I wrote a sketch for HBO as part of a writing staff, the biggest difference is in stand up its completely own humor, writing for a project with another guy there isn’t a ton you can do. It goes through a process where others look at it and either add or dilute it. At the end of the process the head guy gets a final say on what he wants. With a sketch we banged out an entire first draft, with both you defend your own joke but with a team you sometimes have to say that joke is better than mine. It’s  harder with television or a sketch to get it past the head writer or star of the show, we would have it locked it down, then we would write it, write more, then write more. In my personal opinion, it’s funnier in the first three drafts before than how it ends up usually.”

One of the interesting things Kevin explained was that in his writing process sometimes a concept changes,

“Sometimes I’ll have an idea that won’t work as well for stand up. In my stand up I don’t talk about race in stand up as well, the [HBO] sketch was a format that idea could work in. It’s all about learning. Not every idea has to be a part of stand up act, maybe it’s the wrong form.”

As a child before he could do stand up he developed his stage presence acting in theater. He was recently cast in William Shakespeare’s Twelfth night, as Sir Toby Belch in Offline NYC’s Production of the playwright’s comedy. It is currently playing at the SOHO Playhouse with a closing show at the PIT (People’s Improv Theater).

On how he got into acting, “You cant do stand up till you’re a grown up, as a child, I wanted to get comfortable on stage so acting and doing theater was my way to do so. Also, every comedian in the 80’s and 90’s had a sitcom so I figured that I should know to act when I grew up.”

After a decade of doing strictly stand up Kevin got the opportunity to do theater professionally, “It fell into my lap and I’m fortunate to have an opportunity to build a reputation as a comedic actor.”

One of his passions is the great American pastime of judging movies based upon the previews, he has made an entertaining podcast doing so. The podcast named, The Movie Preview Review with Kevin Bartini, has been a success with momentum building.   The podcast has been downloaded a quarter of a million times in two and a half months.  Kevin described the podcast, “we review movies based on previews we watch. Bring in a guest on every show, it’s not just comedians we have actors, musicians, all walks of life. We talk movies, watch previews, you can tell a ton about movies from watching previews, specially this day and age.”

Check out his albums The Unintentionally White Album, & Showing the Horses Who’s Boss both available on Itunes