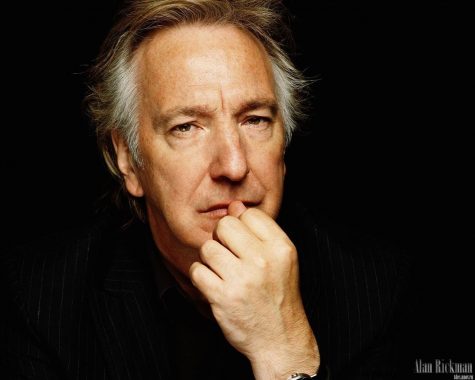 On Thursday January 14, 2016 Alan Rickman tragically lost his battle with cancer. He was 69.

While best known for his roles in Harry Potter and Die Hard, Rickman’s lesser known side was full of laughter and good humor.

Even while playing a professor with a wand stuck up his rear in J.K. Rowling’s Harry Potter movies, Rickman found time to break away for a good laugh. And what’s the best way to ruin the perfect take on set? Hide a fart machine inside Harry Potter’s (Daniel Radcliffe) sleeping bag.

With such a memorable voice, Alan Rickman was well aware that his fans and some of his colleagues openly impersonated him. Whether it was a Family Guy sketch featuring an Alan Rickman answering machine, or Late Night with Jimmy Fallon’s “Rickman-off” with Benedict Cumberbatch, Alan Rickman succeeded in becoming one of the most impersonated celebrities in Hollywood.

Being the good sport that he was, Rickman jumped at the opportunity to join Jimmy Fallon on the set and discuss his feelings on being impersonated by some of comedy’s greats.

In an election year with over-inflated personalities, it’s fun to reminisce on Rickman’s portrayal of a crazy billionaire in Gambit. The wide range of roles Alan Rickman was able to portray on the silver screen truly validates his remarkable talents as an actor on both the screen and the stage.

But what fans saw on TV and the Box Office was only a small part of what made Rickman a standout among actors in the UK and United States. Alan gave back to the people he worked with by being supportive, caring and loyal: traits that are rare in the rough and tumble world of theatre.

This is summed up best by Emma Thompson, a writer and actress that Rickman worked closely with in multiple films, including “Sense and Sensibility”, “Love, Actually” and “The Song of Lunch”. After visiting with Alan and saying her final goodbyes, she wrote:

What I remember most in this moment of painful leave-taking is his humour, intelligence, wisdom and kindness. His capacity to fell you with a look or lift you with a word. The intransigence which made him the great artist he was – his ineffable and cynical wit, the clarity with which he saw most things, including me, and the fact that he never spared me the view. I learned a lot from him. He was the finest of actors and directors. I couldn’t wait to see what he was going to do with his face next. I consider myself hugely privileged to have worked with him so many times and to have been directed by him.

He was the ultimate ally. In life, art and politics. I trusted him absolutely. He was, above all things, a rare and unique human being and we shall not see his like again.

The world was certainly better for Alan Rickman’s time spent entertaining and giving back. We will certainly miss his ability to make us laugh, cry and emotionally invest in his work.