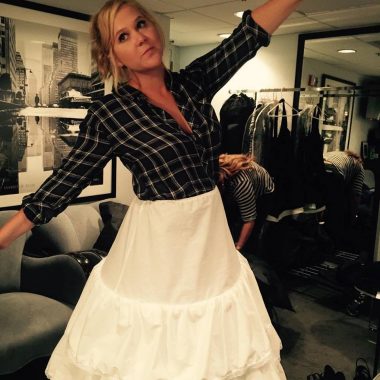 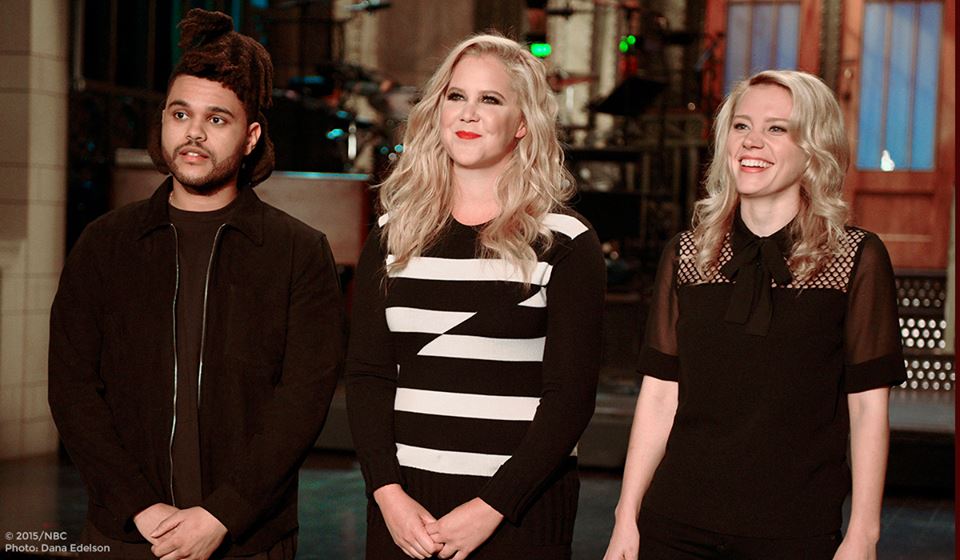 The American stand up comedian, actress, and producer Amy Schumer is hosting Saturday Night Live this Saturday night. This will be Amy first time hosting SNL. This has been a huge year for Schumer winning Emmy Award for sketch show on Comedy Central. It’s been one big accomplishment after another accomplishment. She wrote and starred in her first movie, Trainwreck, hosting TV award shows, touring the world with her comedy shows, and she recently taped a new hour comedy special and is opening for Madonna in Madison Square Garden (MSG)

Saturday Night Live the American late-night live television sketch comedy and variety show created by Lorne Michaels and developed by Dick Ebersol. It’s in NBC’s headquarters in the Comcast Building, SNL has aired 788 episodes since its debut, and began its forty-first season on October 3, 2015, making it one of the longest-running network television programs in the America.

Below you can watch the promos for this Saturday’s SNL with her Trainwreck cohost Vanessa Bayer, and one with Kate McKinnon.

The musical guest will be The Weekend.