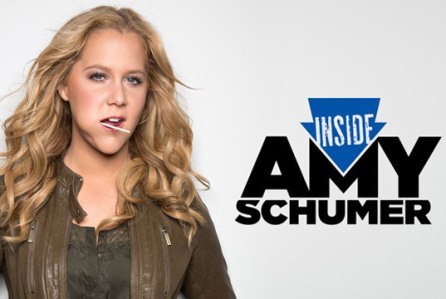 Comedy Central has renewed Amy Schumer’s hit TV show, Inside Amy Schumer, for a fifth season in a row. This is exciting news for fans of Amy’s work and serves as the perfect start to a new year, after a 2015 that was so full of wins for the comedian from New York City.

What Schumer has proved is that modern television isn’t about getting the highest ratings. It’s about who can become the most viral online. Jimmy Fallon rocketed the ratings of The Late Show by focusing on cleverly curated skits that could be uploaded later to YouTube. Schumer is clearly reading from the same playbook.

While Inside Amy Schumer doesn’t rock the charts on traditional ratings, it certainly is a streaming sensation.

When asked about the renewal of her hit TV show, Amy’s quoted as saying: “I’ve gotten picked up many times, but this time feels the best.”

Beyond gaining viral notoriety online to help support her TV shows and other work, Amy also worked closely with other comics to up her game. Chris Rock directed her HBO special, and Inside Amy Schumer is chocked full of special guests in every episode (cough cough Jeff Goldblum and Janeane Garofalo).

It looks like 2016 will be another year filled with success. Here at BCT we definitely love Amy’s work and wish her the best on another exciting year of her career.