A regular of the New York comedy scene, Amy Schumer’s “Trainwreck” is a romantic comedy packed with tons of extra laugh lines. Amy leads what many would look at as the perfect life; a great apartment with a hot boyfriend and a killer job. What’s not to love?

“Trainwreck” takes pot-shots at the idea of post-feminism, where women are now as lusty as men, and great careers are available to skirts or pant-suits; the boy’s club is supposedly a thing of the past. Or is it? Amy embodies what yesterday’s feminists were longing for; a female that’s equal to, and sometimes even superior to men. But is today’s idealistic world of gender-equality really all it’s cracked up to be?

In the film, Amy drinks heavily in an effort to suppress her emotions. She’s cold, even distant towards her boyfriend. Taking the nod from her father, she believes that being vulnerable is for sissies. She’s a strong, millennial woman with the perfect life (career, apartment, friends and boy toy to boot). Perfect, right?!?!

The scene that drives home the hypocrisy of post-feminism is when Amy attends a baby shower for her sister. The roles of women sitting around, celebrating a new life coming into the world with an excited new mother drives home the fact that gender roles still exist. The world hasn’t really changed, even if women have more economic freedom and power in their relationships.

“Trainwreck”, ever so ungently, shows us that the fight isn’t over. But maybe fight isn’t the right word. Today’s “post-feminism” era is just another chapter in an evolving story of what it means to be a woman. After all, if success is throwing off all the gender-typing of yesterday, aren’t women just boxing themselves into a new corner that pushes away tradition?

Life still has a meaning beyond the fight against “sexism”. Amy Schumer endorses feminism, while at the same time poking fun at the “victories” that appear to be increasingly shallow. Her message might just be summed up in “be careful what you wish for”.

What makes “Trainwreck” so enchanting, (if you survive the somewhat depressing first half) is the multidimensional plot that reminds us to all keep fighting for ourselves. Don’t accept the new norm. We all have it within ourselves to define what tomorrow looks like, and feels like for ourselves. Work might suck today, but what do you have within yourself to make it better tomorrow?

Looking for more in your relationship? Take control of the situation, be accountable to yourself and great things can happen. Feminism isn’t an all-or-nothing, winner-takes-all struggle. We have to still be true to ourselves. Think independently, experience life and form your own conclusions. 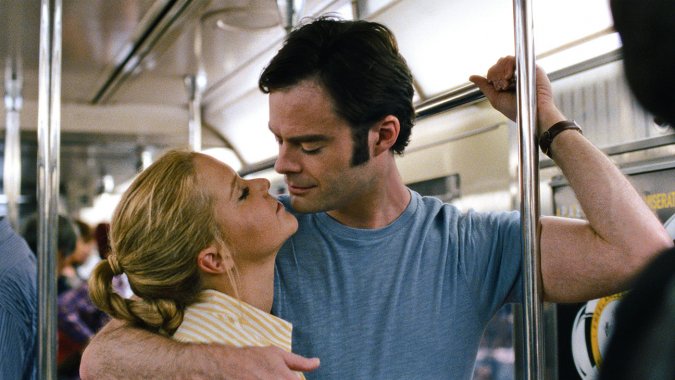