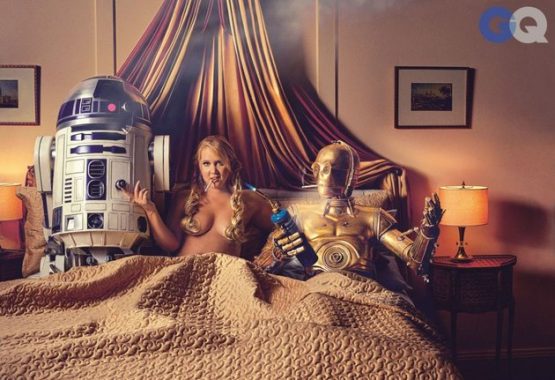 Amy Schumer is on the cover GQ’s Magazine as the cover girl posing with C-3PO.

The  female stand up comedian and star of the upcoming movie Trainwreck is dressed up in “Star Wars” Leia bikini and can be seen on the cover deep throating C-3PO finger. Inside the Magazine you’ll notice Amy Schumer laying in the the bed with both droids C-3PO and R2-D2. As C-3PO lights her cigarette and she pushes R2-D2 buttons.

GQ recently announced Amy Schumer is “The Funniest Woman in the Galaxy”. We wish that we could share more of the article from the GQ men’s magazine. They only sent these StarWars theme pics. In the press release, which features Amy Schumer getting hot & dirty with the famed Star Wars droids C-3PO on the Cover of the Men’s Magazine.

The GQ interview with Amy Schumer, the funniest woman in the galaxy will be released this upcoming week, and they state it’s our tastiest comedy issue yet!  It will be out this Monday on newsstands everywhere, and according to E! News, and until then her upcoming blockbuster film “TrainWreck,” opens in theaters this coming Friday. In the film it stars basektball star Lebron James and will be a blockbuster hit and should be on the top of the charts.

Keep on the look out for the upcoming GQ to hit news stand with this seductive photos listed below.

Please leave your comments, as well. 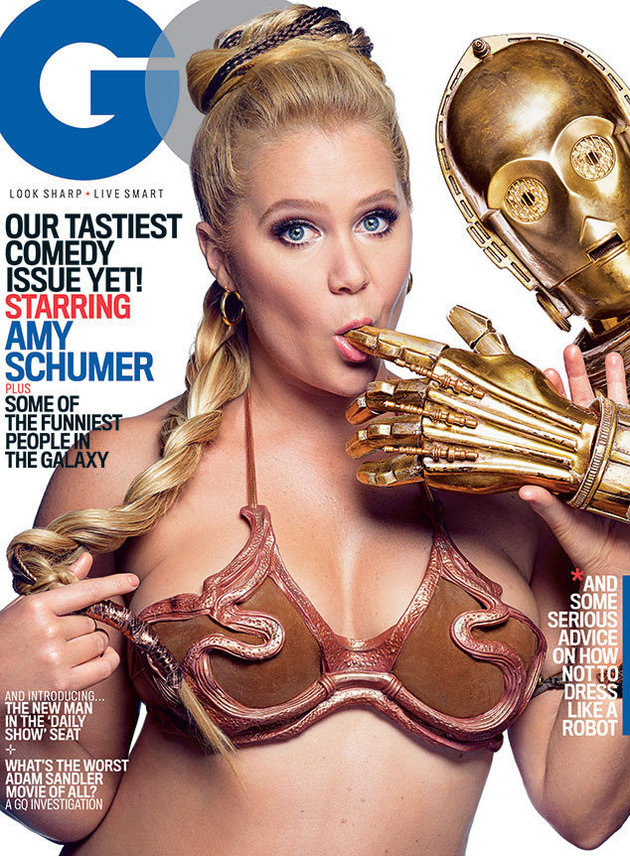 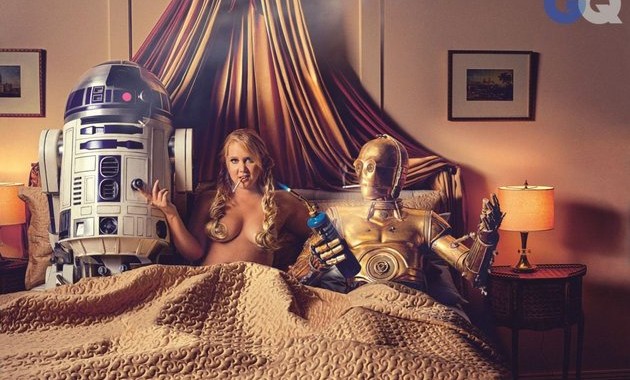