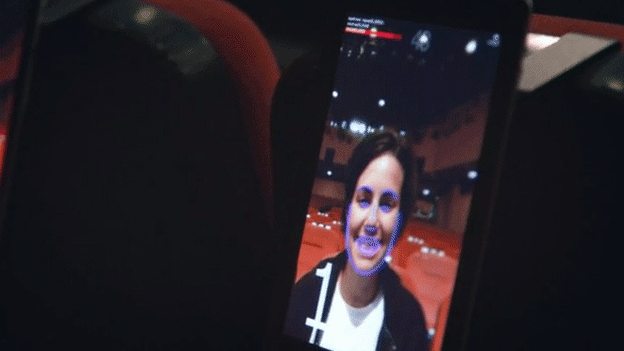 A comedy club in Barcelona, Spain is trying different things for comedy fans by using  iPad facial recognition to charge customers per every single laugh.

Will audience members deliberately quit laughing, in order to save cash?

The software product is installed on tablets on the back of each seat through out the entire Teatreneu club.

The comedy venue decided to develop this project to combat with falling audience numbers.

Cooperating with publicizing office The Cyranos Mccann, the analysis was a response to expanded government taxes on theater tickets, which thus prompted drastic drops in crowd numbers.

The consequences of the trial have so far demonstrated positive with general ticket costs up by 6 euros, according to the theatre.

The framework is presently being replicated in different theaters all around Spain.

The comedy club has likewise dispatched a portable application as a strategy for installment, and in addition its  first pay-per-laugh season ticket.

James Woroniecki, executive of London’s 99 Club, said:  “Sounds fun, just so long as all the facial recognition data doesn’t get forwarded to the NSA [US National Security Agency].

“It’d be a big technical challenge – as people laugh so often at the 99 we’d have to install a cash machine by every seat.”