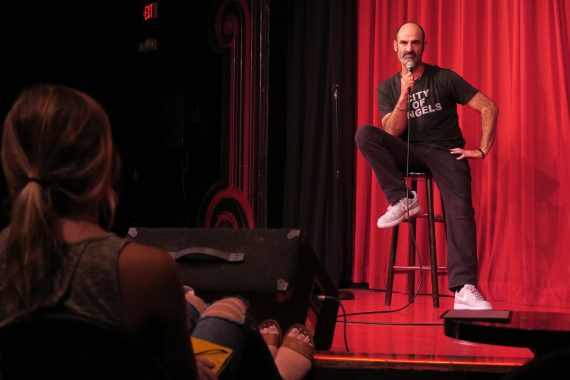 “Brody was an inspiring voice who was a friend to many in the comedy community,” Stevens’ reps said in a statement. “He pushed creative boundaries and his passion for his work and his love of baseball were contagious. He was beloved by many and will be greatly missed. We respectfully ask for privacy at this time.”

According to TMZ, Stevens was found in his L.A. home in an apparent suicide.

Brody was a regular at some of the top comedy clubs in Los Angeles, such as clubs like Improv and the Comedy Store. He was very creative in his comedic skits using positivity. Back in 2013, he had his own show on Comedy Central called “Brody Stevens: Enjoy It!” He also worked as warming up the audiences for popular comedy series such as “Why? With Hannibal Buress and the “Chelsea Lately,” show and “The Best Damn Sports Show Period.” 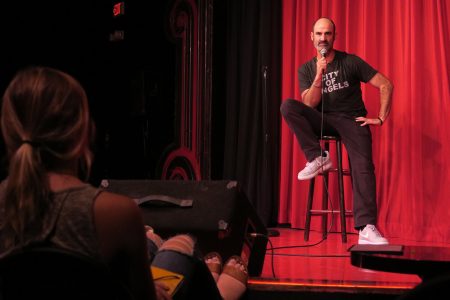 Brody Stevens was an actor in both the cinema and TV. Some of his credits are “The Hangover,”, “The Hangover 2”, “Due Date,” “Blind Ambition,” “I’ll Believe You,” and “R2PC: Road to Park City.”

“Such a funny man. Such a good man,” Bob Saget tweeted. “We need you and your comedy.”

Bob Saget said via Twitter Brody Stevens ~ Such a funny man. Such a good man. We need you and your comedy. My heart goes out to his family and friends. Loved Brody. Rest In Peace kind soul. @BrodyismeFriend

Kumail Nanjiani @kumailn RIP Brody Stevens. Nobody else was like him, on or off stage. Seeing him was always a joy. We’ll miss you, Brody.

Comic Patton Oswalt tweet a remark to his Twitter fans with a very important message about “Mental Health” awareness. “If you are depressed or feeling suicidal please please please please please reach out to ANYONE,” he tweeted. “I never get to see Brody Stevens again I can’t stand this.”

Adam McKay @GhostPanther So sad. I met Brody Stevens a few times and he was hilarious, original and genuine. Anyone who feels themselves caught or in a hopeless place please, please reach out for help. Things can and will change. #RIPBrodyStevens

Jamie Kennedy @JamieKennedy If people don’t understand what Comedy is you need to look no further then, Brody Stevens. Brilliant mind, beautiful soul, empathetic heart. A comedian in every sense of the word. He jus couldn’t conquer his demons. Mental illness is no joke. #sorrybuddy #hugeloss #rip ❤️❤️??

Whitney Cummings @WhitneyCummings I love you so much, Brody Stevens. Nobody has been nicer in comedy than you. My heart is shattered.

Nick Swardson @NickSwardson Heartbroken at the loss of my friend Brody Stevens. I remember meeting him at an open mic in NY. Unique voice. We lost another great. #RIPBrodyStevens ❤️ he brought me on stage one time and said “Nick Swardson, alternative comic, alternative lifestyle”

Doug Stanhope @DougStanhope Brody Stevens was and always will be a comedy legend. RIP. “But I could have told you, Vincent/This world was never meant for one as beautiful as you” Don Mclean

Dane Cook @DaneCook I’m stunned to hear that Brody Stevens has died. This guy was always so funny & friendly. This is a huge loss for the comedy world. If you are feeling depressed or really down please tell someone and get the help you need.

Maria Bamford @mariabamfoo I’m so sad to learn that @BrodyismeFriend has died. An incredibly kind person and an exquisite comedian.

We can all help prevent suicide. The Lifeline provides 24/7, free and confidential support for people in distress, prevention and crisis resources for you or your loved ones, and best practices for professionals.

Information about The National Suicide