Chris Rock to host and defines The Oscars with one Tweet. 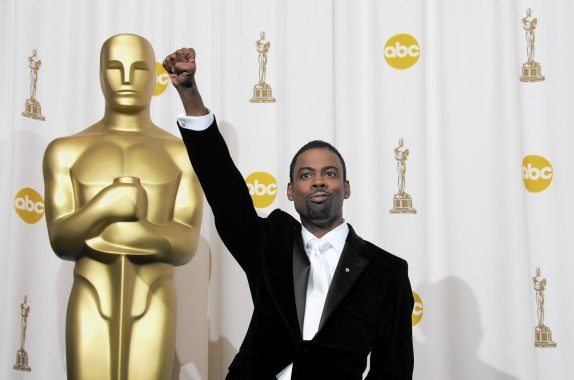 You’d think that as the host of the upcoming Academy Awards, Chris Rock would want to help promote the awards show and highlight his upcoming monologue. Instead, Chris Rock is making a questionable move for a host of a show; he’s throwing rocks in a glass house.

With a recent tweet, Chris Rock drew attention to the lack of diversity in the Academy’s nominations of Oscar contenders. In Thursday’s release of the actors and actresses nominated for the acting category of the show, there was something noticeably missing from the list of contenders: minority performers.

“The #Oscars. The White BET Awards.” -Chris Rock via Twitter

While not necessarily the safest post to make about an upcoming gig, Chris Rock is in good company among recent hosts that have poked fun at the show they’ve been tapped to emcee. Ricky Gervais opened the Golden Globes with a hilarious set of jabs at the venerable rewards show; reminding the actors and actresses present that the only people who cared about their winning was the individual taking home the award. It was a much needed reminder for award winners to keep their speeches short, although it involved a calculated risk on the part of Gervais.

Are we witnessing a trend with award shows in Hollywood? Are emcees drumming up excitement for a show based on the expectations of the host efficiently trashing the show they’re emceeing?

Gervais needed a drink to get through his series of hilarious slams. One wonders what Chris Rock will be drinking while he delivers his monologue. Will Rock poke fun at the lesser known performers nominated for Oscars? One only needs to look back to The Academy Awards from 10 years ago to find a familiar face emceeing the show: and yes, Chris Rock made a point to mention how exciting it was to have four black nominees up for consideration.