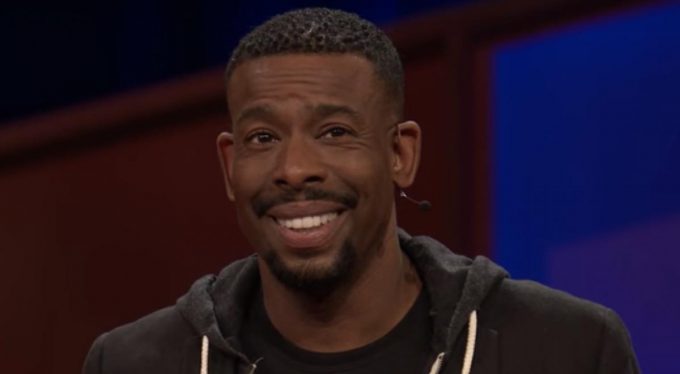 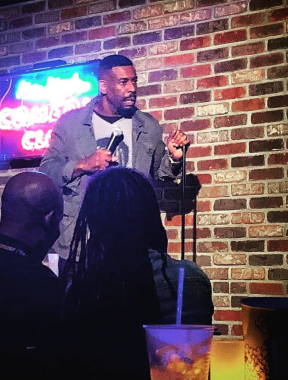 We met up with one of the OG’s of comedy and one of our favorite comedians Chuck Nice right after before his show at the New York Comedy Club in the East Village.  We asked him a bunch of questions and here is what he had to say.

I didn’t know until my first performance. People kept telling me I was funny. I did an open mic and I knew immediately that I was never going to be able to stop. So, I don’t do comedy as much as I handle an addiction.

I’m independently wealthy, so nothing. I hate when I hear people say that there’s no way they could do nothing. That’s because they lack imagination. I could make nothing a fulfilling career.

I once stood on a milk crate in a McDonald’s and did set, because the manager took pity on us lowly comics that couldn’t get a spot at the Boston Comedy Club. Anything above a milk crate is my favorite.

I don’t really watch comedy. I see bits and pieces of so many bright young talented performers, it scares me. I love all the young dudes at the New York Comedy Club in Manhattan. There will be some big talent coming out of there.

Stay in the game. Everyone gets a chance if they wait and prepare. Also, never get mad if you think someone stole your joke, that means you can write and they can’t. Write another joke, it’s the best revenge. Just don’t let that asshole hear it.

About 5 months in, I booked a paid television stand-up appearance. I didn’t feel like a pro but, technically, I was.

If I told you you’d be mad.

I work everywhere, so that’s my fav.

I crush them, see them driven before me, and delight in the lamentations of their children.

Don’t listen to me.

It’s my life as seen through a simpler lens and told in a story.

Whatever moves me, observations, family, and what makes me laugh. This is probably not a good formula for anyone to follow but it works for me.

You can ask. I’ll let you know when it happens.

I don’t like working, so what job allows you to drink and sleep until 3 pm and still get paid? Hmmmmm.

See what? What a weird non-sequitur. My penis? My Social Security number? Seriously, what’s your problem, freak?

My Album is coming out soon. I don’t know when. I want to call it Chuck Nice – Daddy Issues. Does the label want to go with How’s the Weather Up There? Look for either this fall.