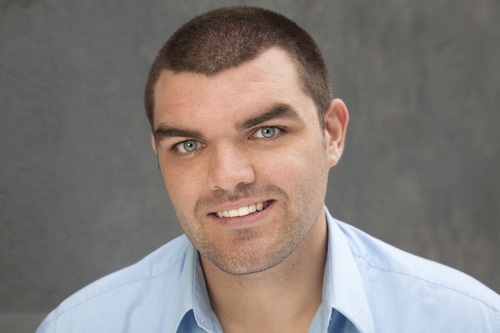 Thought by some, but not all, members of his immediate family to be one of the best stand up comedians working today, Adam Cozens is a thoughtful and engaging comedy talent who has been heralded by his peers as one of the single-best joke writers on the scene today.

A Seattle native, Adam Cozens is a recent Los Angeles transplant after previously establishing himself for a half-decade in the rough & tumble New York comedy community. Much like the city that he came up in, Adam’s comedy is an eclectic melting-pot consisting of everything from hilarious one-liners to personal heartfelt stories to bizarre and sometimes sarcastic views on his upbringing and the world today.

A hilarious performer, Adam has been cast on IFC’s “The Birthday Boys,” HBO’s “Got No Game,” and TBS’s “Lopez Tonight.” His stand up has been featured on Nickelodeon’s “NickMom,” Hulu’s “West Coast Funnies” “Tell Your Friends: The Concert Film,” “The CoExist Comedy Tour” documentary, “ComedyTime,” as well as heard worldwide on Sirius|XM Radio.

Off-stage, Adam is an award-winning writer, who holds claim to being a two-time nationally published author and in 2006won the CBI Award for Best Entertainment Radio Program for which he served as both host & head writer. Adam also serves as a contributing writer for Saturday Night Live’s “Weekend Update” and worked as a writer on the fourth season of MTV’s highest-rated program “Ridiculousness.” His jokes have been featured Comedy Central’s “@Midnight” as well as on such popular websites as TheChive, Buzzfeed, Reddit, eBaums World and more.