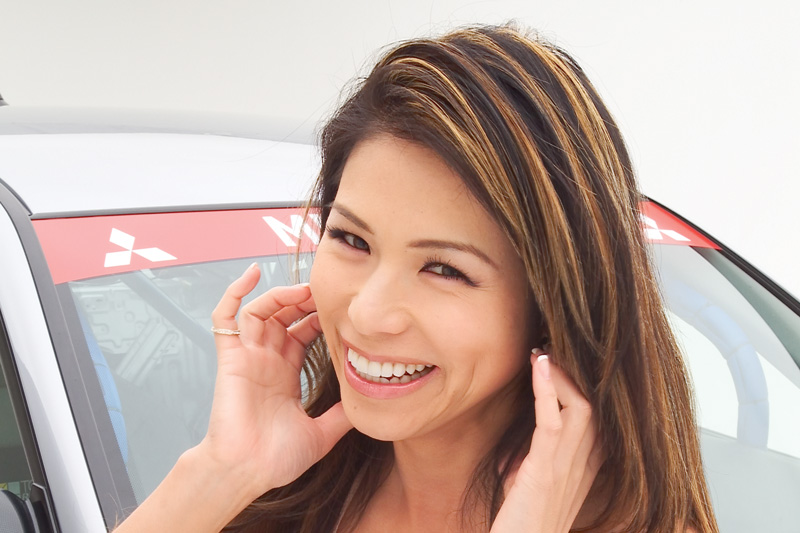 THE BEGINNING
Aiko (“child of love” in Japanese) was born in Tokyo, Japan on December 13th. Her mother, Sue Tanaka, was a former swimsuit model while her father was a successful sales marketing manager for Britannica. With her mother’s influence, she began modeling at the age of 3 and appeared on numerous fashion catalogs and advertisements in Japan.

A STEP AWAY FROM MODELING
Although Aiko was very popular, her mother forced her to quit modeling. Sue felt that Aiko had not fully developed as a person yet and that she should have a chance to explore her other options. Aiko was enrolled in a wide range of classes, learning piano, cello, drum, Japanese flower arrangement, ballet, jazz dance, and painting, but she was more partial towards literature and poetry. It was after graduating high school when she decided that she wanted to be an actress, which prompted her to move to Boston all by herself.

A BOOMING CAREER
Aiko studied theater in college but realized that she did not understand its language well. As she was still very much into performing, she started to dance at clubs in Boston. It wasn’t long before a talent agent from LA scouted her and Aiko moved to LA to become a dancer on live TV. She secured her first TV gig on the “The Grind” with MTV. Soon after, she was featured as a main dancer for “Soul Train,” a popular dance show in which many talents (namely Carmen Electra, Jody Watley, and Rosie Perez) were discovered. Aiko received many modeling offers through the show. She appeared in over 20 different calendars and was eventually invited to attend a car show to sign autographs.

At the first car show she attended, Aiko was selected to appear on an “Import Tuner” cover. She also appeared on the covers of many other auto magazines such as “D-Sport” and “Super Street.” She was actually the first Japanese/Korean to ever appear as the cover model on these major magazines. As her popularity grew, Namco signed her to be the voice of a character in the video game “Street Racing Syndicate.”

Aiko has also appeared in many music videos for Destiny’s Child, Afroman, Far*East Movement, Jin, and more. Her film and television credits include: “The Howard Stern Show,” “Late Night with Jay Leno,” “Malcolm and Eddie,” “My Wife and Kids,” “Numb3rs,” and The Fast & The Furious: Tokyo Drift. You can see her in the upcoming indie film, Finishing the Game out in theaters this October.

When she’s not on a film/TV set or at a photo shoot, Aiko enjoys cooking, taking care of her mother, and reading books.

Q: What turns you on?
A: It depends on where I am at in my life. I always have a facination with smart people though. Some people have a fetish with feet; I have fetish for glasses. If someone can talk about Plato and Nietzsche, I will go naked (J/K). I don’t like to give an answer because some magazine asked me about my turn on. I didn’t have any at that time; so I just made up a BS answer. I said I liked it when men lick their lips. Since it was major magazine article, whenever I went to the car show, I saw guys licking their lips around me. I felt like a baby sheep among the wolves. So, I would say my turn on is someone wno send me a gift certificate or money.

Q: What’s your favorite activity?
A: I love reading books. I want to be a librarian. I also love to cook. I can cook anything with rice. I just can’t bake. I’m very impatient; so I can’t stand waiting for 30min in front of an oven. If the instruction says to bake 40 min 300 degree, I will try 20min for 500degree. I end up burning things. I make good karaage chicken & katsu though.

Q: What’s your favorite ice cream flavor?
A: I don’t really like ice cream, but if I have to choose one, I will say cookies & cream. I hate chocolate mint chip. Feels like you are eating chocolate while brushing your teeth. I also hate chocolate. Gross.

Q: Who is your crush?
A: My first crush was Jet Li. I was like 7 when I saw “Shaolin Temple.” I decided to marry that man and have his kids. Next week, I saw Superman in tight pants, and I changed my mind. I was a floozy back then.

Q: What is your favorite movie & TV show?
A: The Fast & The Furious: Tokyo Drift
Soprano(or any gangsta stuff with lots of violence & sex)
My Life as a Dog
Breakfast at Tiffany’s
My Fair Lady
Anything with Audry Hepburn in it as she’s so beautiful. She inspires me to act like a lady like wanting to go to the supermarket with white gloves on.

Q: Favorite music group?
A: Marky Mark & The Funky Bunch. NO. I like Far East Movement. Just because they are talented Asian. So maybe I like Don Ho too.

Q: What are your pet peeves?
A: When someone touches my face or underarm, I go crazy.

Q: What have you done so far?
A: I’ve been on many MTV shows, Howard Stern, Import Tuner covers, D-sport mag. cover twice, many many Calendars, posters, TV shows, movie & music videos.

Q: What is your favorite food?
A: I love extra crunchy cheetos, caviar. I will put anything raw & weird in my mouth since I’m Japanese. I love Japanese & French food.