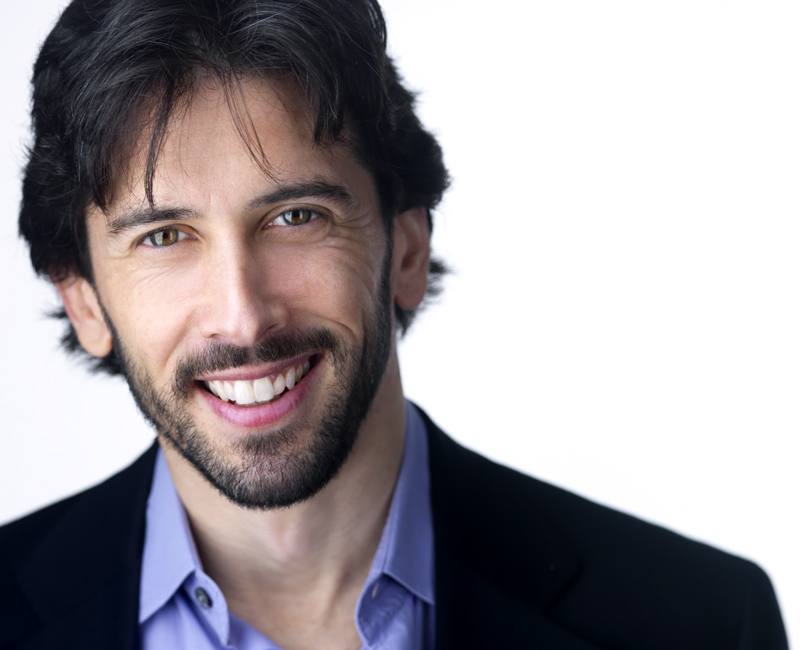 My comedy is about family, specifically my family.  As the White, Jewish husband of a Black woman (who converted to Judaism) and the father of a 2 year-old, Biracial son, I focus my attention on the challenges of being a parent in a bad economy and the issues that confront interracial families (including the dynamics between members of the same family who are of different races).  In the Age of Obama, my material is very timely, relevant, and (if I may say so myself) very funny.

I was born in Brooklyn and was quickly deported to Long Island where I was raised by my parents in an overprotective shell. After peaking academically in high school, I meandered through an Ivy League college, law school and a legal career only to realize that my true gift was in making fun of the law, as well as my own neuroses, my raging hypochondria, my height (or lack thereof), and the challenges of being a new dad, which includes the public acknowledgment that I am no longer in the running to be the new James Bond (even if they decide to go with a James Bond who’s a short Jewish guy).

Although I left the law to pursue a career in comedy, I’ve kept a foot in the legal world.  I’m a member of Comedians at Law (www.comediansatlaw.com), a group of comics who all left the law (voluntarily, or, like me, a little less voluntarily) to pursue our dream.

I’m also a writer. I wrote a series of columns about my comedy career in a regularly-occurring column in The New York Daily News “Money” section.  I wrote a monthly humor column for the online webzine, The Coil Review (www.thecoilreview.com), and I’m a regular contributor toThe Comic Bible.  In addition, my comedic short story “Lola’s Christmas Gift” was published in the 2008 issue of the literary journal, The Westchester Review.

In my off hours, I spend as much time as I can with my wife and our son, Ivan, and they pretend to enjoy my company.