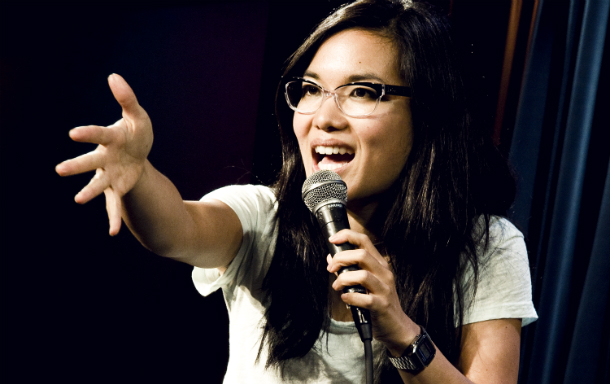 Ali Wong is a stand-up comedian living in Los Angeles, CA. After SF Weekly selected her as “The Best Comedian of 2009″ and the SF Bay Guardian awarded her “Best of the Bay,” she decided that it was finally time to depart her hometown. In 2010, Comedy Central listed Ali Wong as one of 7 “Comic’s to Watch.” In 2011, Variety Magazine named her as one of the “10 Comics to Watch” , and Ali appeared in the 2011 and 2012 Just for Laughs Comedy Festival in Montreal, QC. Since then, Ali has performed on “The Tonight Show with Jay Leno”, appeared in Oliver Stone’s “Savages” and was a series regular on NBC’s “Are You There Chelsea”.  In 2012, she hosted the Golden Globes live coverage on E! You can catch her on the reboot of VH1′s “Best Week Ever”, MTV’s new show “Hey Girl”, the new season of “John Oliver’s New York Stand-Up Show” and Chris Hardwick’s late-night game show @Midnight.