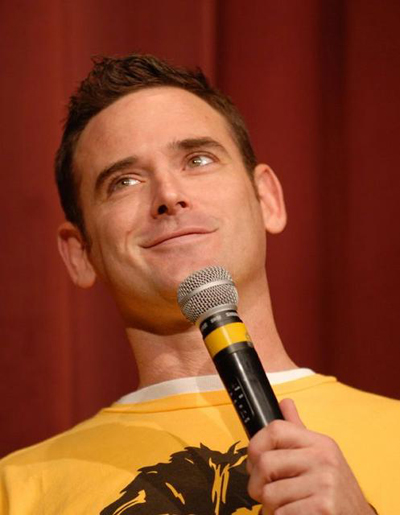 Andy Hendrickson is a New York City based comedian and writer. In March of 2013 he debuted on the Late Show with David Letterman and has made multiple appearances on Fox TV’s Red Eye. Rooftop Media recently touted him as “a burgeoning powerhouse in the comedy world.” He’s was the showcase winner at HBO’s U.S. Comedy Arts Festival in Aspen and a finalist at the Great American Comedy Festival. He has performed at well over 200 colleges and is a favorite headliner at comedy clubs across the country. In New York City, Andy appears regularly at the world famous Comedy Cellar. Internationally, Andy has performed at clubs and festivals throughout Canada, England, Holland and Ireland, as well as throughout the Middle East to entertain the troops. He’s had multiple appearances on the nationally syndicated Bob and Tom radio show. His 3rd CD “Underachiever” released in March of 2012 to rave reviews and debuted in iTunes Top 40. “Hendrickson is performing at the top of his game.” – Comedy Reviews.