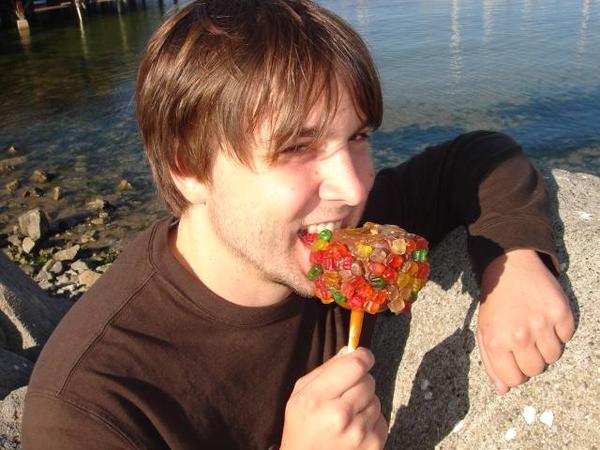 Andy made his television debut on Comedy Central’s Live at Gotham..  This came the same year that he was invited to perform at the Just For Laughs Comedy Festival in Montreal, and The Great American Comedy Festival.  He has also been featured on the nationally syndicated Bob and Tom radio show, and was a semi-finalist in CMT’s “Next Big Comic”.  He also won the Best of the Midwest Competition at Gilda’s Laugh Fest in 2010.  His 2012 album release “Lucy” was named top 10 comedy albums of the year by comedyreviews.com

In 2004 Andy won the St. Louis leg of the Laugh Across America Contest and was invited to perform at the Las Vegas Comedy Festival.  In 2005 Andy’s unique sense of humor won him the Carnival Comedy Challenge in Chicago.  In 2008 Andy won the Butterfinger Comedy Showdown, an online joke-writing contest that ended with a live show final round at the Laugh Factory in Los Angeles.

Andy who is a former resident of Chicago, where he was named one of four comedians to watch by the Chicago Tribune now lives in Los Angeles.  Andy prides himself on his writing, and always delivers with great new material so if you have seen him once come again and see what is new.