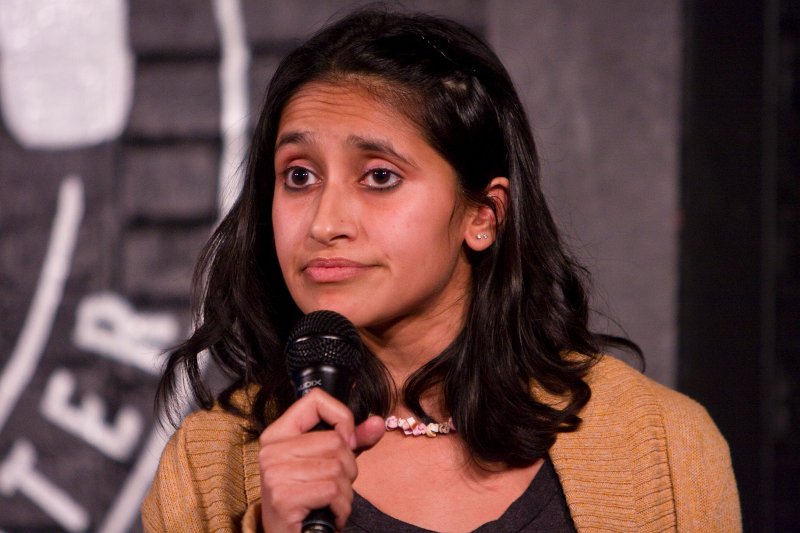 Aparna Nancherla has an intimidating name, but don’t be scared! She’s a joke entrepreneur who pedals in both writing and performance (AKA scribble-scrabble and jibber-jabber). In fact, she recently wrote for and sometimes appeared on the late, great Totally Biased with W. Kamau Bell, on FX-then-FXX.

Her artistic journey took off in Washington D.C. (it’s all about the Washingtons), but she now resides in the biggest apple in the gosh darn world.

Aparna’s comedic goggles are dry and observational, and her act is sprinkled with absurdist wit and a whimsical point-of-view.

Venues and shows she has played include the Kennedy Center’s Millennium Stage, Comedy Bang Bang at the Upright Citizen’s Brigade (LA), Whiplash at the Upright Citizen’s Brigade (NYC), the Hollywood Improv, Gotham Comedy Club, Caroline’s on Broadway, Stand Up NY, the Punchline Comedy Club (SF), the Purple Onion, the DC Improv, the Arlington Cinema & Drafthouse, the Lincoln Lodge (Chicago), and Mottley’s Comedy Club (Boston), as well as a gaggle of colleges.

Aparna is also an experienced improviser, having studied at Washington Improv Theater, the Upright Citizen’s Brigade in both NY and LA, and the Groundlings, as well as at Lesly Kahn’s school of acting. She haphazardly performs with delightful independent improv group Mythical Newsroom. She has also acted in various sketches, web videos and series, pilots, and short films.

P.S. Every time someone reads Aparna Nancherla’s bio, a puppet gets its strings.