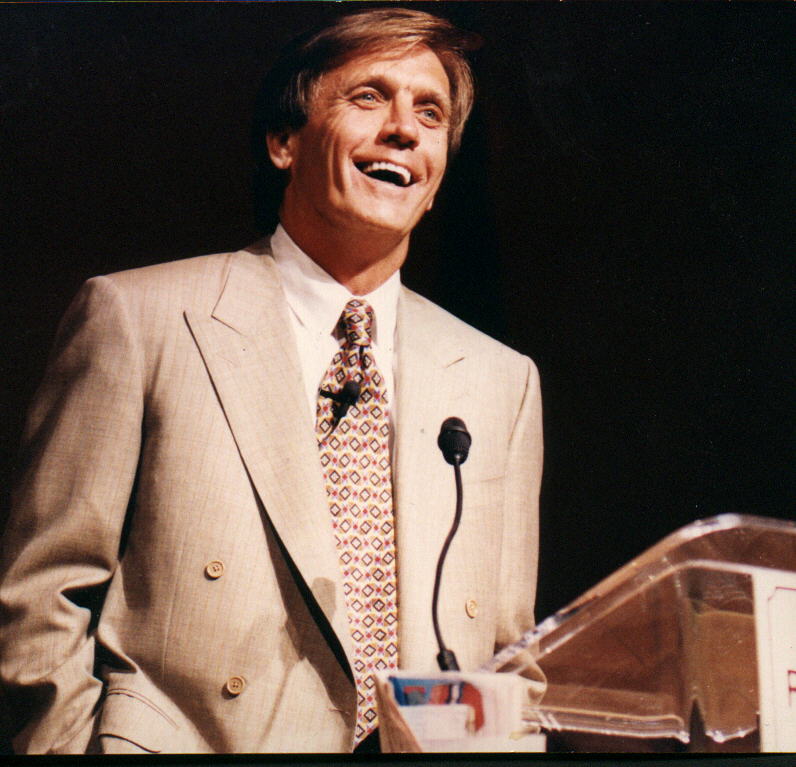 Argus Hamilton is the comedian’s comedian when it comes to clean, sharp, topical humor. Robin Williams called him “The Will Rogers of the Baby Boom.” He kids both sides of the political spectrum without fear or favor, and business groups love his surprisingly conservative jokes about the current administration.

“I’m an English monarchist and a Southern secessionist,” Argus says. “Let’s see Rush Limbaugh get to the right of that.”

Born and raised in Oklahoma, Argus travels often from his current home in Los Angeles to perform at conventions and events in his home state. He performed at the Oklahoma Centennial Celebration for Governor Brad Henry, as well as at the Governor’s Ball.

Other Oklahoma groups that have enjoyed Argus’ comedy at their dinners and fundraisers are the Lawton Chamber of Commerce, the Elk City Great Plains Regional Medical Center, the University of Science and Arts of Oklahoma, the University of Oklahoma Athletic Department, the Okmulgee Chamber of Commerce, the Episcopal Church Diocesan Convention, the Oklahoma Dental Association and the Enid Air Force Association.

Argus maintains a home base as the host comedian of the Comedy Store in Hollywood, and he has also performed for the Los Angeles County Bar Association’s Christmas banquet, the National Association of Doctors in Recovery in San Francisco, and the Farmers Insurance national annual conference in Los Angeles. He has entertained at fundraising banquets for the Betty Ford Center and for Los Angeles District Attorney Steve Cooley.