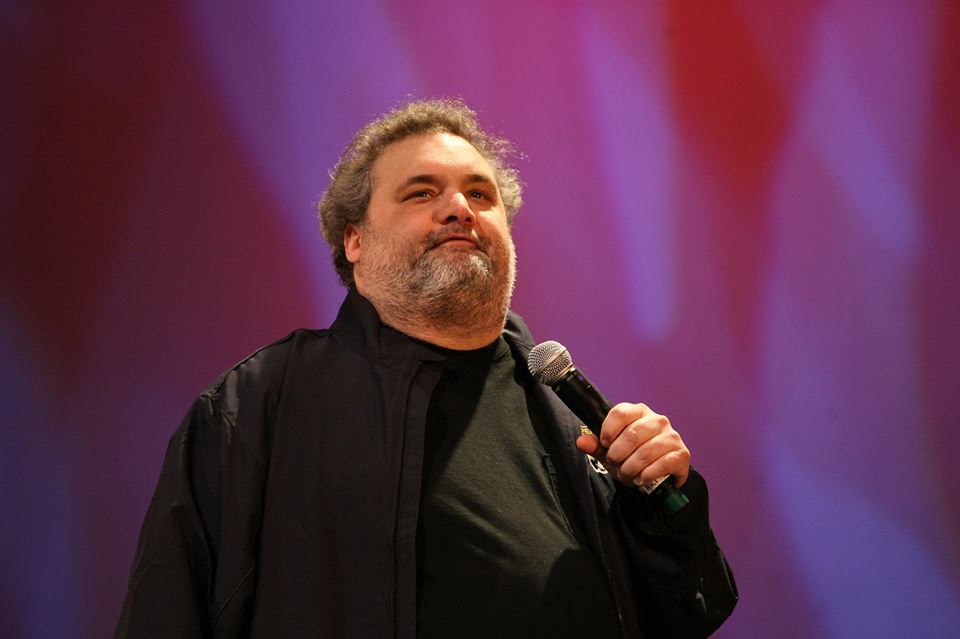 Artie Lange Comedian, actor, writer, producer, entrepreneur, radio personality. Those are just a few ways to describe this prolific talent who continues his rise in the entertainment industry. One of the most sought after live comedians and talk show guests, Artie Lange was a member of “The Howard Stern Show” for almost a decade and has followed this with his current gig on The Artie Lange Show, and in that time Lange’s popularity has skyrocketed.

Lange began his career in the comedy clubs of New York City, where he helped to create the popular sketch comedy group Live On Tape, after writing and performing with other troupes, including Midnight Madness and The Improvables. Lange’s breakout work with Live On Tape led to his being cast as one of the original series regulars on Fox’s “MADtv,” on which he made his television debut.

The success of Lange on “MADtv” led to him being cast opposite Norm MacDonald in Lange’s first starring role in the MGM feature film “Dirty Work.” This led to a string of feature films, including New Line’s “The Bachelor,” starring opposite Chris O’Donnell and Renee Zellweger; “Lost and Found” with David Spade, for Warner Brothers; Kinka Usher’s “Mystery Men;” and the independent drama “The Fourth Floor,” opposite Juliette Lewis and William Hurt. Lange has also had supporting roles in the Dreamworks feature film “Old School,” starring Luke Wilson, Vince Vaughn and Will Ferrell, as well as New Line Cinema’s “Elf,” also starring Ferrell. He also reunited with MacDonald as a series regular on “Norm” (ABC).

When “Norm” finished its run, Lange came back to New York City and began sitting in regularly as a guest comedian on the nationally syndicated program, “The Howard Stern Show.” In October of 2001 he became a regular member of the show.

Lange starred, co-wrote and produced his own feature film, “Beer League,” to rave reviews. Richard Roeper gave it “Thumbs Up,” and the readers of the New York Times have rated it four out of five stars. Variety said, “the pic offers a trip back in time to a pre-PC and feminist era when men were sexist Neanderthals, women supported them from the sidelines and the guy with the biggest mouth scored.” Lange is also a regular guest on “The Late Show with David Letterman,” “Late Night with Conan O’Brien,” “Jimmy Kimmel Live!” and “The Best Damn Sports Show, Period.” He was also a guest roaster on Comedy Central’s roasts of Hugh Hefner and William Shatner. Continuing his hot streak, Lange recently shot episodes of the critically acclaimed hit series “Entourage” for HBO and the season finale of “Rescue Me” for F/X.

Lange also has produced his own concert DVD titled “Artie Lange: It’s The Whiskey Talkin’,” which includes a raucous, sold-out, stand-up performance, a behind the scenes look at some of Lange’s gigs and the award-winning short film “Gameday,” which Lange wrote, produced and stars in. He continues to sell out venues across the United States performing his stand-up comedy. Another milestone for Lange was selling out his performance at Carnegie Hall in three hours for a November 9, 2006 headline performance, as part of the New York Comedy Festival.

In 2008, Artie’s first book, “Too Fat to Fish,” was released. The book is a collection of narrative episodes from throughout Lange’s life, from his childhood to his USO trip to Afghanistan in July 2008. The foreword is written by Howard Stern and debuted at number one on the New York Times bestseller list under hardcover non-fiction. Most recently, Artie starred in his own special, available on CD/DVD, “Jack and Coke.”