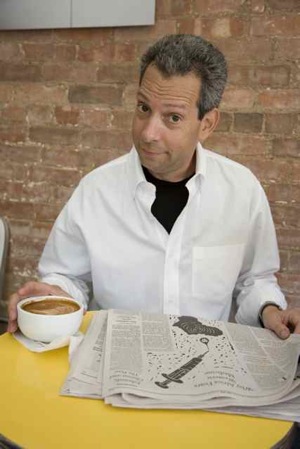 Barry Weintraub has hosted talk radio, anchored sports television and written, produced and even created programming for E! Entertainment Television, MGM TV and Comedy Central. He’s done television in the United States, The United Kingdom and Australia. Barry channels his news addiction into his stand-up and an entertaining and informative email titled “Headline Schmooze”. When not performing or writing comedy, Barry is either in a coffee shop with the newspaper, filling his head with useless information, or at home with the computer watching the Yankees or any other baseball game he can find.