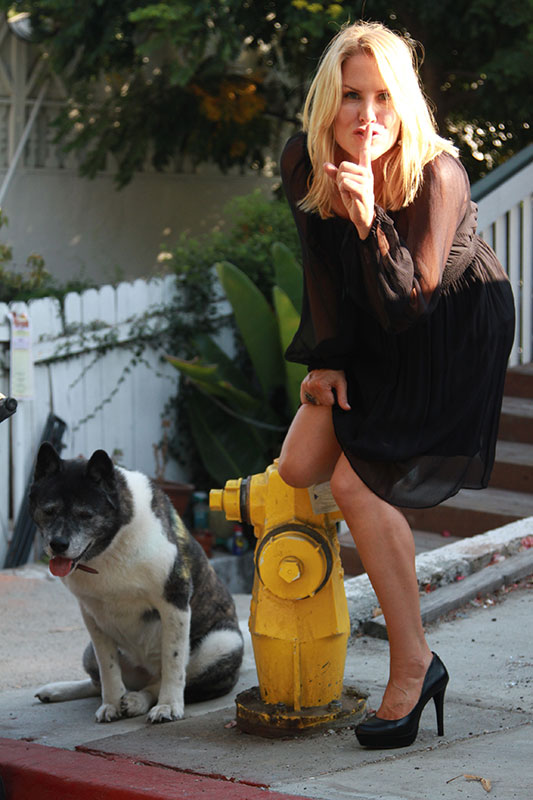 Comedian Bernadette Pauley co-hosted “The Gossip Queens,” a daily half-hour television series airing five days a week in syndication and currently hosts Comedy.TV on Netflix and syndicated. She’s featured in TV Guide Channel’s ‘Standup in Stilettos’ hosted by Kate Flannery of ‘The Office’. Bernadette appeared regularly as a guest panelist on HLN’S “The Joy Behar Show” and FoxNews “RedEye w/Greg Gutfeld” and “Megyn Kelly” shows. She’s made repeat appearances on VH1, MTV, TBS, Animal Planet, Comedy Central’s “Tough Crowd w/Colin Quinn” and has worked with Hollywood director Andy Tennant (HITCH, SWEET HOME ALABAMA), on his “Wedding Album” pilot for FOX. Past hosting projects include hosting Burly TV for Lorne Michaels and “War of The Wives” for Bravo. Between television appearances, she headlines colleges, casinos and comedy clubs throughout the US and internationally and has twice been touted by Student Activities Magazine as a ‘Hot Comedy Act to Follow’ (’08, ’09). Her jokes have been printed in The Huffington Post and The New York Post who has listed her as “The best of New York City Live Comedy” and listed her jokes among the “Funniest of 2010″.

Born and raised in Revere, MA in an Irish Catholic Boston neighborhood, she is the daughter of a cab driver and a union steward. After graduating Emerson College with a B.A., she moved to New York and began paying off her education with a string of glamorous jobs including waitress, bartender, paralegal (lasted one day), bathroom attendant, coat check girl, cigarette girl and dog walker. With a resume like that, could she be anything BUT funny? Recently relocated from New York to Los Angeles with her husband and her Dog Buddy, Bernie often wonders where she belongs, in blue collar Revere or Beverly Hills. The answer is both. And neither.

Check out her opinion pieces and travel posts on CRAZYTOWNBLOG.com