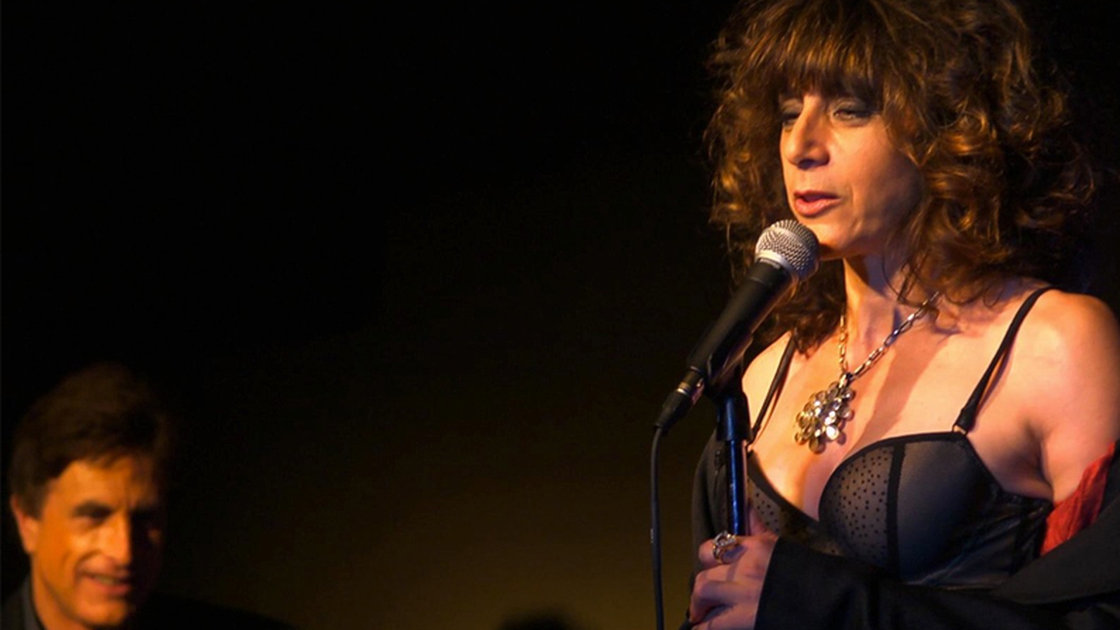 Beth is best known for creating and hosting Un-Cabaret which the LA Weekly called “the mother show of alternative comedy”. She was the host and Executive Producer on Comedy Central’s Un-Cabaret, Comedy World Radio’s Radio Un-Cabaret, andaudible.com’s Un-Cabaret podcast. Un-Cabaret ran for 13 years in Los Angeles, (Luna Park, Kntting Factory, HBO Workspace, The Skirball Cultural Center) as well as at the HBO Comedy Arts Festival, The Getty Center, Lollapalooza, and colleges and theaters nationally. Beth is re-booting Un-Cabaret for it’s run at First & Hope in the heart of Los Angeles.

She has been featured on Sex and the City, Will & Grace, My Guide To Becoming a Rock Star, Bromance and a number of Indie movies including I Am Comic.

Beth’s award winning one person shows have toured throught the English speaking world and her current show “100% Happy 88% of the Time” with original music written and performed in collaboration with Un-Cabaret Musical Dirtector Mitch Kaplan, has been produced by theaters, cultural centers, retreat centers, yoga studios and night clubs across America.

Her MTV pilot, The Couch, featured in The Other Network Festival of Un-Aired Pilots toured nationally and played at The Montreal Comedy Festival.

She hosted The Beth Lapides Experience on Comedy World Radio, and as been a commentator for CNN, Politically Incorrect, NPR’s All Things Considered.

Her book “Did I Wake You Haiku For Modern Living” was published by Soft Skull Press, and her writing has appeared in The LA Times, O Magazine, Elle Decor and her column “My Other Car is a Yoga Mat” was syndicated from LA Yoga Magazine.

She has been featured by The Today Show, This American Life, Dateline, E!, Morning Edition, Rolling Stone, NY Times and many others.